Although his indictment of the education system caused a stir in 2019, little has changed since then, says philosopher Jan Bransen. A revised English edition of his book Gevormd of vervormd? [educated or deformed], which can be accessed worldwide thanks to Radboud University Press, may offer a solution. ‘There is an undercurrent of educational innovation that this book will hopefully feed into.’ 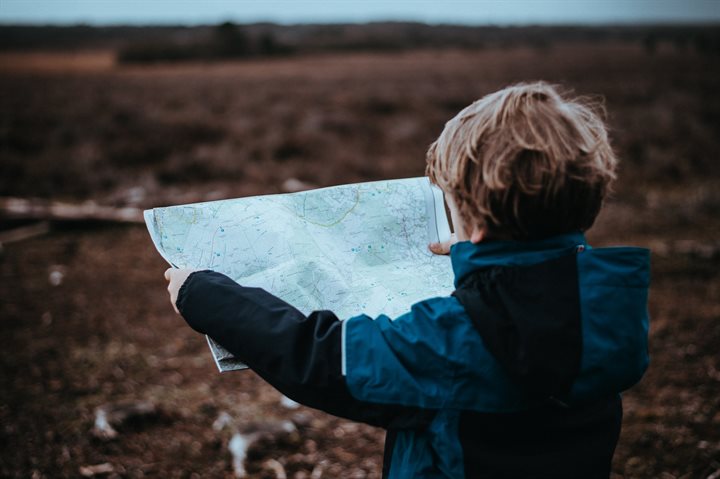 In his book Gevormd of vervormd?, published in early 2019, Jan Bransen, professor of Philosophy of Behavioural Science at Radboud University, declared the current education system bankrupt. From primary school onwards, the system skilfully erodes children’s natural eagerness to learn. Instead of supporting pupils’ abilities to teach themselves, schools offer learning products based on what a student ought to know. Bransen called for a form of education in which pupils exert far more influence over their own role, where they gain practical experience outside school and where there is more room for experimentation.

Two and a half years later, this call for change is no less relevant. “In the meantime, we’ve had Covid to deal with. The pandemic has yet again highlighted the fact that something has to change. Students passively sat at home for months. This illustrates the importance, for example, of ‘dual education’ [combining learning and working], where there is more room for internships”, says Bransen. At the same time, the pandemic showed how great our human talent is for improvisation. “In Amsterdam schools, for example, they made a virtue of necessity: because of the acute teacher shortage, they have been experimenting with education outside the school ever since. Together with various local partners, the schools have set up three projects, free from red tape, which they plan to expand in the coming years: a talent programme, a mentor project and a talent factory.’

One of the problems is the asymmetrical relationship between pupils and teachers. “There is a notion that teachers are some kind of ‘giver’ of knowledge, but this sells both teachers and pupils short. A single way of learning is imposed on pupils, while teachers are denied the opportunity to continue learning themselves. I would much rather see teachers as a kind of guide, giving pupils the tools to learn in their own way instead of teaching them how to do it.”

While this is a problem in primary and secondary schools, it applies just as much to universities, says Bransen. “Young lecturers overburden themselves with the subject matter because they feel they have to pass on knowledge. But isn’t the fun thing about studying the fact that your own ignorance is challenged? That you learn to deal with questions in a clever way?” In Bransen’s view, the pathway to a university degree, lined with tests and learning outcomes, is poor preparation for working life. “Increasingly, those 240 course credits are a ticket that you clip. While a degree suggests that someone is ready for a profession, do four years of study really mean that they have finished learning? There is something arbitrary about the end of a degree programme. It reminds me of parties back in the day. Everyone had to stop dancing when it was time to turn the record over, but not because they’d had enough of dancing.”

For everyone with internet

It is not just the Dutch education system that is in need of change, says Bransen. “It’s essential in all countries that want to see themselves as a knowledge economy. From the United States and New Zealand to China and Japan: across the globe you see people labouring under the same misapprehension that a long phase of learning should precede a phase of living, whereas as humans we continue to learn throughout our lives. It’s a fundamental part of our existence.”

It is thus no surprise that the reissue in English of Gevormd of vervormd? carries the title Homo Educandus, people who educate themselves. The book is one of the first open access publications of the recently established Radboud University Press, to be launched in September. “Thanks to open access publication, anyone in the world with an internet connection can read the book. In the Netherlands, there’s a lot happening below the surface, and I’ve been able to feed that undercurrent with my book. Hopefully, it will also be well received internationally. Major transitions of this kind take time, but once people’s thinking changes, things can move rapidly.”

Homo Educandus. Why Our School System Is Broken and What We Can Do
about It by Jan Bransen is one of the first publications of the Radboud University Press. This new publisher will be launched on October 29.

Want to win one of five physical copies of Landsman’s book? Create a free Radboud Recharge account and mail to recharge@ru.nl before November 10 2021.