The Event Horizon Telescope team that managed to take the first image of a black hole, has won the Breakthrough Prize in Fundamental Physics 2020. Heino Falcke, professor  of Astroparticle Physics and Radio Astronomy at Radboud University, was one of the founders of this big international science project. Other astrophysicists at Radboud University played an important role in the project as well.

The Breakthrough Prize, known as the “Oscars of Science”, annually recognizes achievements in the Life Sciences, Fundamental Physics and Mathematics, disciplines that ask the biggest questions and seek the deepest explanations. Considered the world’s most generous science prize, each Breakthrough Prize is $3 million. The international EHT team consists of 347 members. 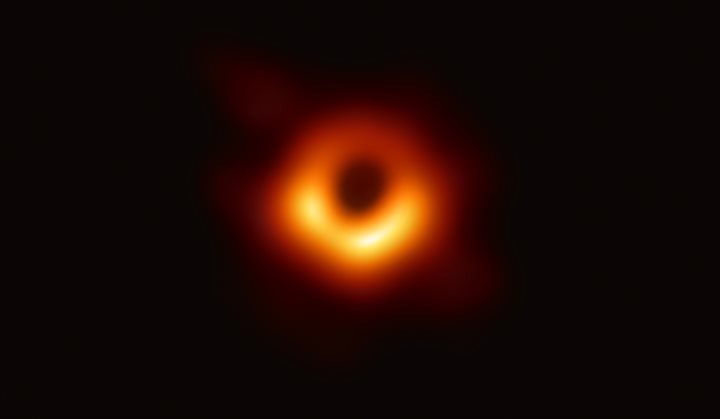 Next step: a black hole in action...

The first image of a black hole was presented at the world in April 2019. Heino Falcke, who proposed the idea of the Event Horizon Telescope, told BBC News that the next step was to see a black hole in action. "Just like planets, a black hole rotates. And because of its incredibly strong gravity, it distorts space and time around it. And so seeing this very weird effect of space itself being rotated is one of the holy grails of astrophysics."

... or even sharper images

Another challenge is to take even sharper images of black holes. Radboud University astronomers, along with the European Space Agency (ESA) and others, have put forward a concept for achieving this by launching radio telescopes into space.

Radboud University stimulates its leading research areas. Astrophysics is one of them.