Black holes seem like mystical objects, but they are an integral part of current astrophysics and are at the center of attempts to unify quantum physics and general relativity. While by definition invisible by themselves, black holes can be observed by the effects they have on their direct environment and even on larger scales.

Observations and theoretical considerations indicate that for example the supermassive black hole Sagittarius A*, in the center of our Milky Way, is surrounded by a compact, foggy emission region radiating over a wide range of wavelengths - from radio to X-rays.

Recently, scientists all over the world collaborating in the Event Horizon Telescope succeeded in capturing the first ever image of a black hole further away (in galaxy M87), observed at 230 GHz with a world-wide network of stations. In combination with numerical simulations and precise measurements of the orbits of close-by stars - ideally also of pulsars - such images allow us to derive detailed knowledge on the nature of black holes. 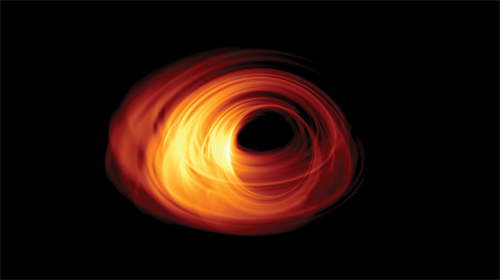 What is our research focussing on?