Black holes are highly compact objects that are predicted by Einstein's theory of General Relativity. Their extremely strong gravitational field prevents even light from escaping them, causing them to appear black at all wavelengths of the electromagnetic spectrum. While they were considered purely theoretical objects for a long time, astronomical observations in the past decennia have provided an ever increasing amount of support for their actual existence.

Scientists are researching the precise nature of black holes: what are the effects of the strong gravitational field close to a black hole? What happens to the accreting gas so that it sometimes forms jets? Does General Relativity accurately predict what the direct environment of a black hole looks like? 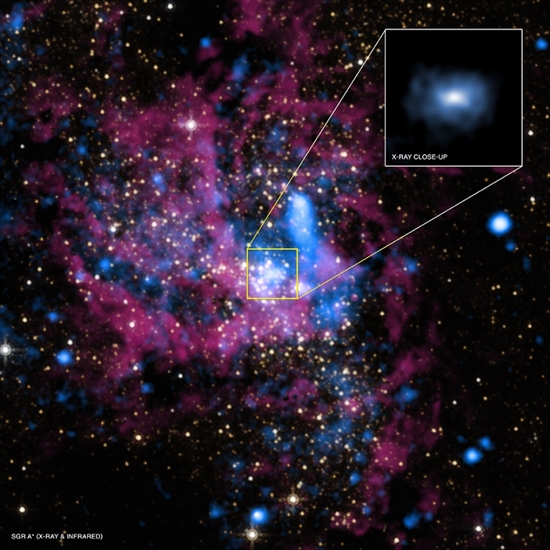 Sagittarius A* is the black hole at the center of the Milky Way galaxy.
Credits: X-ray: NASA/UMass/D.Wang et al., IR: NASA/STScI
Delen