The first ever picture of a black hole

It was ground breaking in many ways:

They used the Event Horizon Telescope (EHT), a worldwide network of eight radio telescopes, that together form a virtual telescope the size of the earth. 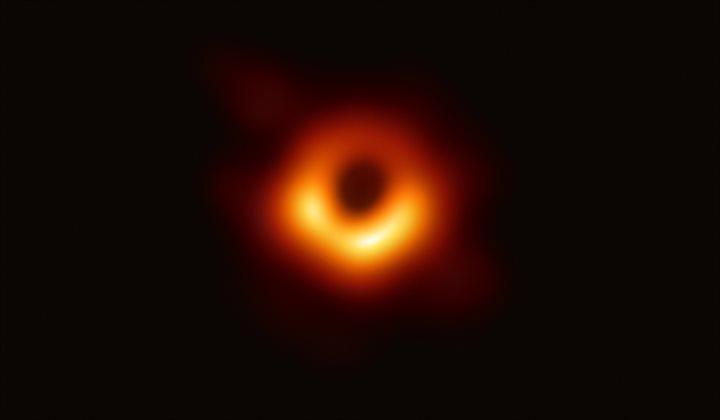 The photo shows the black hole at the centre of Messier 87, a massive galaxy in the nearby Virgo galaxy cluster. This black hole is 55 million light-years from earth and is 6.5 billion times the mass of the Sun.

Interlinking the eight telescopes has resulted in unprecedented sensitivity and resolution. Time after time, independent observations with the EHT, using different imaging techniques, have revealed a circular-type structure, with a dark area in the middle, a shadow of the black hole in M87. Shape and size of the shadow perfectly match the expectations based on Einstein’s general theory of relativity and the existence of an event horizon. It has been compared the photo with supercomputer simulations of different black-hole models. These simulations match up surprisingly well with the observations and make it possible to determine the characteristics of the black hole.

More observations are required for further constrain the models, to monitor the variations of the flow of matter in extreme conditions on different timescales and to image the black hole in the centre of our own galaxy (Sgr A*).

youtube
Prof. Heino Falcke on imaging a black hole
Press conference on the first ever picture of a black hole
Delen