Conny Aerts, professor of astronomy at Radboud University and KU Leuven (Belgium), was selected today by the Norwegian Academy of Science and Letters to share the Kavli Prize 2022 in astrophysics, the highest award an astrophysicist can receive after the Nobel Prize . She shares the prize with American astrophysicist Roger Ulrich and Danish astrophysicist Jørgen Christensen-Dalsgaard for their pioneering work and leadership in the development of helio- and asteroseismology that laid the foundations of solar and stellar structure theory, revolutionizing our understanding of the interiors of stars.

The Norwegian Academy of Science and Letters today announced the 2022 Kavli Prize Laureates in the fields of astrophysics, nanoscience and neuroscience. The Kavli Prize in astrophysics honors outstanding achievements that advance our knowledge of the origin, evolution and properties of the universe. 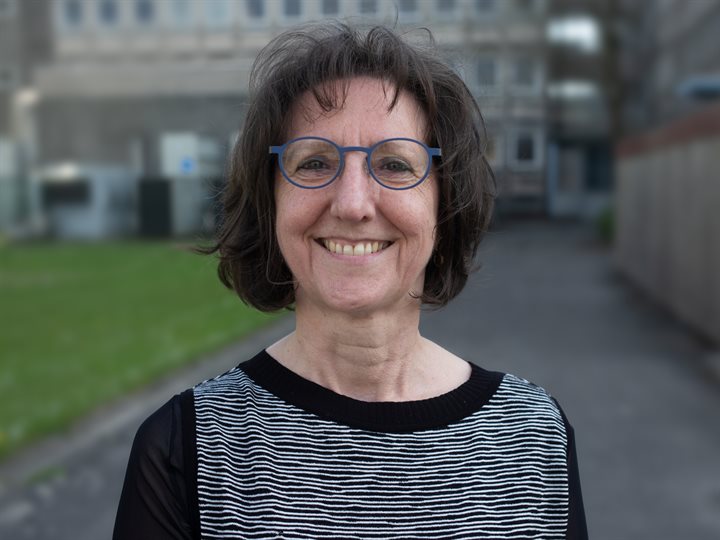 Professor Conny Aerts, Roger Ulrich and Jørgen Christensen-Dalsgaard share The Kavli Prize in Astrophysics for their pioneering work in developing the fields of helio- and asteroseismology, and for breakthrough research that “has laid the foundations of solar and stellar structure theory, and revolutionized our understanding of the interiors of stars,” the Norwegian Academy of Science and Letters said. The three scientists will share a $1 million prize.

Pairing the study of oscillations on the sun’s and other stellar surfaces with mathematical modeling, the laureates combined data-analysis methods (such as time series analysis, pattern recognition, and statistical modeling) with the physics and chemistry of thermodynamics, nuclear and atomic physics, and quantum mechanics. The bridging of these scientific fields allows the extraordinarily precise determination of the physical properties of stellar interiors. Roger Ulrich initiated the theoretical foundation of the field, while Conny Aerts and Jørgen Christensen-Dalsgaard extended its reach to stars of all masses in various evolutionary stages.

“These three scientists are the pioneers of helioseismology and asteroseismology and span the development of these fields,” pointed out Chair of the Astrophysics Committee, Viggo Hansteen. “All three figured out a way to look at the inside of different types of stars and developed tools to study them precisely.”

Conny Aerts is a leading figure of asteroseismology and is widely known for her work on massive hot stars. She extended the research to stars of all masses in various evolutionary stages, using both ground- and space-based observations and developing clever methods to identify pulsation modes in massive stars, opening the doors to the modeling of their interiors. Aerts and her group also pioneered rigorous methodology to identify and model gravito-inertial modes in rapidly rotating stars, and offered the first quantitative estimates of stellar core masses and internal rotation, leading to significant improvements in stellar evolution theory.

“It is a fantastic honour to be awarded the Kavli prize in astrophysics. It brings tribute to the dedicated efforts of all my team members over so many years and recognizes the success of my inclusive team approach. This award is also a great encouragement to develop new rigorous mathematical methods to tackle asteroseismology of the fastest rotators in the Universe,” says Conny Aerts.

The three scientists will share a $1 million prize. They will receive the prize later this year from the King of Norway. The Kavli Prize is a partnership between the Norwegian Academy of Science and Letters, the Norwegian Ministry of Education and Research and the American-based Kavli Foundation.