Astrophysicist Monika Mościbrodzka (Radboud University) will receive the Dutch Research Council (NWO) Athena Award. The Athena Award rewards female researchers that stand out, and because they are role models for others. The prize consists of a sum of  €50,000, to be spent on diversity and inclusion, especially for making role models more visible in the scientific community. 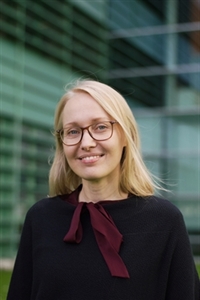 Monika Mościbrodzka’s research focuses on making realistic models of accretion disks and jets in the immediate vicinity of black holes. She is a member of the Event Horizon Telescope Collaboration, which has published the iconic first ever image of the black hole shadow in the galaxy M87* in April 2019. Dr. Mościbrodzka shows in an inspiring manner how it is possible to make an impact in the early stages of a scientific career. The jury considers her both an inspirational international scientist and a natural leader who manages to interest the general public in her field of research.