On 7 September, prof. Heino Falcke will receive the Amaldi Medal (European Prize for Gravitation) 2021 from the Italian Society on General Relativity and Gravitation (SIGRAV). Falcke is awarded this medal for his extraordinary contribution to research on gravity.

The prize, in the form of a gold medal, is named after Eduardo Amaldi, an Italian physicist and co-founder of CERN. Every two years, the medal is awarded to a physicist who has significantly contributed to research on gravity in Europe. First recipient of the medal was Nobel prize winner Roger Penrose in 2004. 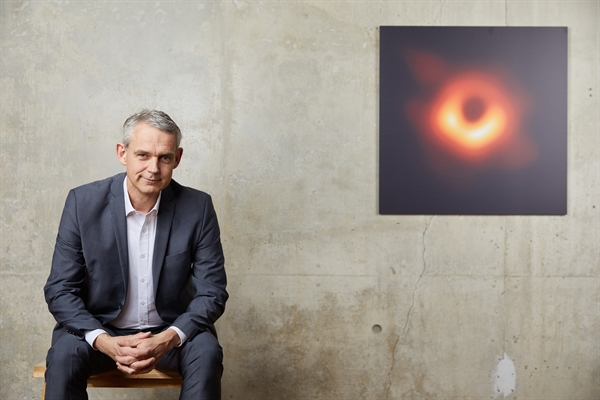 One of many prizes

In his research, Heino Falcke combines theoretical, experimental, and observational astronomy to test Einstein’s general theory of relativity. In 2000 he proposed to image the shadow of a black hole and became one of the founders of the Event Horizon Telescope consortium, which published the first picture of a black hole in 2019.

The Amaldi Medal is one of many prizes that Heino Falcke has received for his research over the past years. Earlier this year, he was awarded the Henry Draper Medal of the US National Academy of Sciences, the Robert M. Petrie Prize Lectureship of the Canadian Astronomical Society and in 2020 he received the Breakthrough Prize together with the entire Event Horizon Telescope collaboration, which is also known as the Oscar of science.