The Taliban have regained control of Afghanistan. Thousands of citizens are desperately trying to get out of the country, while the international community watches in horror. Could this tragedy have been avoided? How will the Taliban reign impact Afghan citizens? What should we think of their promises that people have nothing to fear? And in what way should the international community engage with the new rulers? Tune-in and listen to CICAM staff members Lema Salah and Romain Malejacq about the resurgence of the Taliban. Registration via Radboud Reflects. (8 September 2021)

Hybrid governance in South Sudan
Article in which Peter Halim Justin and Willemijn Verkoren draw on empirical data collected in Yei River County, South Sudan, to contribute to debates on hybrid governance in Africa. It discusses how subsequent historical attempts at state-building have left a complex and layered governance system and analyses how this system functions on the ground in Yei River County, focusing on the land and justice sectors. The empirical analysis reveals institutional development to be ongoing and to be shaped through continuous negotiations among local stakeholders. Whilst in the land sector, this process produced power imbalances and violence, in the justice sector, unexpected institutional cooperation improved access to justice for local citizens. Important factors in determining these institutional outcomes have been what we have termed the two P’s: pragmatism and power. More information. (4 June 2021)

Just released: Nora Stel's book: Hybrid Poltical Order and the Politics of Uncertainty. Refugee Governance in Lebanon.
'Lebanon hosts the highest number of refugees per capita worldwide and is central to European policies of outsourcing migration management. Hybrid Political Order and the Politics of Uncertainty is the first book to critically and comprehensively explore the parallels between the country’s engagement with the recent Syrian refugee influx and the more protracted Palestinian presence. Drawing on fieldwork, qualitative case-studies, and critical policy analysis, it demonstrates that the endemic ambiguity that determines refugee governance also results from a lack of political will to create coherent and comprehensive rules of engagement to address refugee crises.' More information.
(1 September 2020)

Launch Moral Injury project website
The research project Moral Injury launches has lauched its website: www.projectmoralinjury.nl. This interdisciplinary project examines the moral-psychological impact of the work of (former) military and police personnel, focusing on the role of the context in which military personnel and police officers do their work. In addition, the project comprises the development of practical interventions. Project Moral Injury is made possible by funding from the Dutch National Research Agenda (NWA) and is a collaboration between Radboud University (Centre for International Conflict Analysis and Management/Political Science), the Netherlands Defense Academy, the Police Academy, the Netherlands Veterans Institute and the ARQ Center of Expertise on War, Persecution and Violence. Visit the project website for the latest state of affairs, background information about the project and subscription to the newsletter. An English version of the website will follow soon. (2 June 2020) 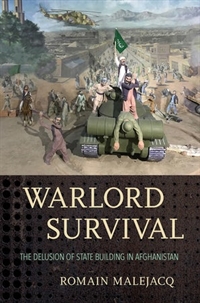 How do warlords survive and even thrive in contexts that are explicitly set up to undermine them? How do they rise after each fall? Romain Malejacq's book Warlord Survival answers these questions. Drawing on hundreds of in-depth interviews in Afghanistan between 2007 and 2018, with ministers, governors, a former vice-president, warlords and their entourages, opposition leaders, diplomats, NGO workers, and local journalists and researchers, Romain Malejacq provides a full investigation of how warlords adapt and explains why weak states like Afghanistan allow it to happen. More information (17 December 2019) 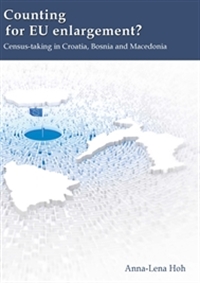 CICAM staf members are delighted by the new academic degree of Anna-Lena Hoh and congratulate the new PhD with her succesful defence of her thesis: Counting for EU enlargement. Census taking in Croatia, Bosnia and Macedonia. Read more (pdf, 214 kB). (11 September 2018) 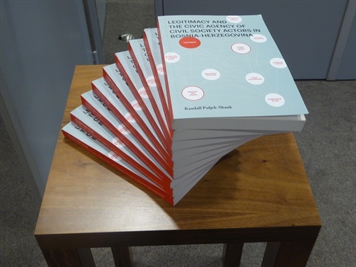 CICAM staff congratulate its new PhD Randall Puljek-Shank on the successful defence of his thesis: Legitimacy and the civic agency of civil society actors in Bosnia-Herzegovina. (26 September 2018)

Inequality and ethnic conflict in Sub-Saharan Africa
by: Ludovico Alcorta, Jeroen Smits en Haley Swedlund
Theories of ethnic conflict predict that between-group inequality should be associated with a greater likelihood of violent conflict, but empirical results have been mixed. One reason might be that different types of inequalities have opposing effects on the likelihood of conflict. In this article, we posit that educational inequalities are likely to incentivize collective action by inducing grievances, while economic and demographic inequalities may actually dis-incentivize collective action by limiting opportunities for disadvantaged groups to engage in rebellion. We test these hypotheses on a new ethnic dyad database, incorporating 1,548 dyads formed by 290 ethnic groups living in 29 Sub-Saharan African countries. The analysis reveals that educational inequalities are indeed positively associated with conflict incidence, while this is not the case for economic and demographic inequalities. The association between educational inequality and conflict is stronger if the groups are wealthier. A higher joint educational level of the groups is associated with less conflict, particularly under more autocratic regimes. These findings demonstrate that to better understand the relationship between inequality and conflict, it is important to disaggregate the effects of inequalities according to the underlying mechanisms and the political context with which they are associated. Read more.

The importance of U.S. foreign aid
There’s another big reason U.S. foreign aid is important: It helps the U.S. get what it wants, according to Haley Swedlund of CICAM in The Washington Post. 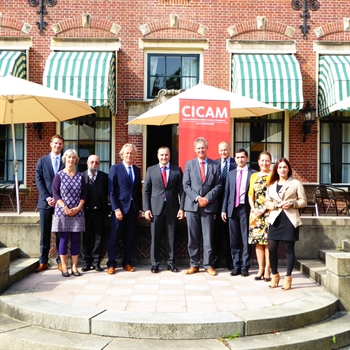 Thursday, September 22nd the Ambassador of Georgia to the Kingdom of the Netherlands, H.E. K. Surguladze, visited Radboud University and CICAM. After a lunch with the rector magnificus, prof. H. van Krieken, and the dean of the Nijmegen School of Management, prof. P. Hendriks, Mr. Surguladze gave a guest lecture as part of the course Discussions on European Security.

Talking about was makes it more likely. Look at South Sudan 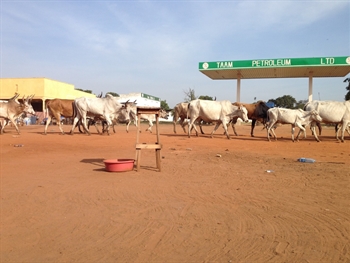 Peace missions threat the symptons, not the causes
Searching for the causes of violence in Ukraine, Syria, Gaza or Mali, we often do not look any further than national borders: a corrupt government, disputes over resources, religious or ethnic differences. The fact that we, here, also play a role in causing or prolonging these apparently local conflicts deserves more of our attention, according to Willemijn Verkoren. Read more