Linguist Susanne Brouwer and her colleagues found that a foreign accent affects how ironic a Spanish native speaker perceives a comment by a non-native speaker to be. This also affects social interactions. Moreover, the study shows that this is true even if the accent is not even heard, but only expected. 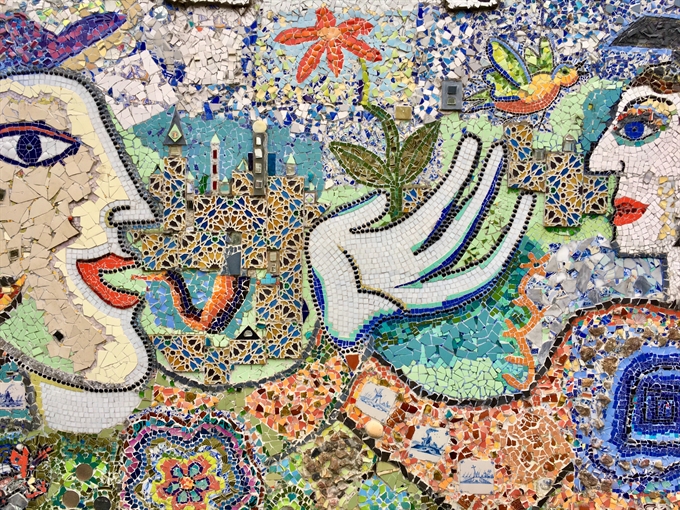 It makes quite a difference whether you say "You are such a terrible cook!" after eating a burnt, ready-made pizza or whether you say it after a delicious, home-cooked meal.  Depending on how you pronounce the sentence and what the situation is, this comment can be meant literally and thus negatively, or positively, by way of ironic praise.

This effect of foreign-accented speech on the processing of ironic utterances may lead to misinterpretations of what is meant. The impact that this has on social interaction had not yet been identified. However, this impact is important to know: after all, it can affect the decisions we make.

To investigate the impact on social interaction, linguistics researchers Susanne Brouwer (Radboud University, Centre for Language Studies (CLS)), Luca Bazzi and Alice Foucart (both Universidad Nebrija, Madrid) had adult native Spanish speakers participate in an experiment in which they had to rate the degree of irony of 104 comments. Those comments came from a person with or without a foreign accent.

Only Spanish written text was used throughout the experiment. So the speaker's accent was never heard, the participants were only told that the speaker had an accent. At the beginning of the experiment, they saw two women on a screen, with accompanying descriptions about their lives. One was described as a woman from Spain with a native Spanish accent and the other as a woman from Romania with a strong Romanian accent. They were then shown a story on the screen, followed by a literal or ironic comment by either the native Spanish or the foreign person.

It was up to the participants to judge how ironic the comment was meant to be. They also had to indicate how friendly they thought the comment was. This was followed by a written response by someone commenting on the comment. Here the participants had to indicate how appropriate that reaction was in the context. 'Because of the design of this experiment, there was no difference in language proficiency between the native and foreign person. The sentences were exactly the same’, Susanne Brouwer explains. 'This allowed us to investigate exactly what the impact of expectations of a foreign accent is on the processing of irony.'

Example of the experiment (in English). ‘A’ shows the screen with the context. ‘B’ shows the comment produced by the native or foreign woman (indicated by the picture). ‘C’ shows the interlocutor's response.

The results show that a remark is perceived as more ironic when made by a native speaker than when made by someone with a foreign accent. Even if the accent is not heard. 'Participants read that the foreign speaker had a strong Romanian accent, so it is likely that they expected that her speech was not perfect and therefore that her language skills were too limited to make use of irony, which resulted in her utterances being rated as less ironic’, says Brouwer.

Moreover, interlocutors' responses were generally rated as more appropriate when responding to speakers with a native accent. 'So our results indicate that listeners have expectations about the speech of their conversational partner. Their decision-making is influenced depending on who makes the ironic remark. This seems to indicate that they may misinterpret figurative speech of a non-native speaker, which may worsen social interaction’, explains Brouwer. 'It is important to understand how a speaker's identity affects language processing and what consequences this may have, so that we can potentially prevent discrimination.'

Luca Bazzi, Susanne Brouwer & Alice Foucart (2022): The impact of foreign accent on irony and its consequences on social interaction, Journal of Multilingual and Multicultural Development.

Photo by Giulia May on Unsplash