Speaking in noise: a study into the English of Dutch native speakers

Have you ever noticed that people start speaking differently when in a noisy environment? This change has been called the Lombard effect. This type of speech has already been extensively studied for native speakers. But research into Lombard speech of people who speak in a foreign language is still in its infancy. Linguist Katherine Marcoux conducted extensive research and came to the conclusion that Dutch speakers adapt their English speech in a similar way to native speakers. Marcoux will defend her thesis on 30 June. 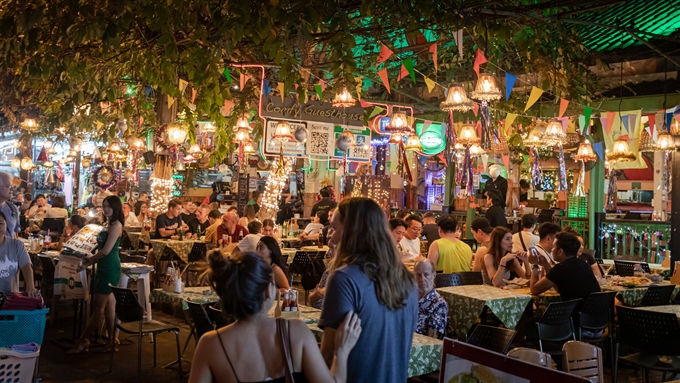 Photo by Syed Ahmad on Unsplash

Train stations, restaurants, music festivals - all environments with many different sounds. In such situations, speakers unconsciously adapt their speech to improve their intelligibility. This is called Lombard speech and it sounds different to speech in a quiet environment. Logically, people speak louder, but other acoustic features such as pitch, speech rate and syllable length also change.

These acoustic characteristics have been extensively studied among native speakers of different languages. But only a handful of studies have been done on non-native speakers producing Lombard speech. 'Being a non-native speaker has its difficulties,' explains linguist Katherine Marcoux. Speakers experience a higher cognitive load when they speak in a language other than their mother tongue. This may influence how they speak in certain environments.’ With her research, Marcoux is one of the first to compare Lombard speech of native Dutch speakers when speaking English with the Lombard speech of native English speakers.

For her research Marcoux firstly created the Dutch English Lombard Native Non-Native corpus. For the DELNN corpus she made audio recordings of 30 women with Dutch as their mother tongue (and a good command of English), and nine women with American English as their mother tongue. The speakers read out pairs of questions with a contrasting focus on one of the words in the answer, for example: 'Did the children visit the playground this afternoon? No, they visited the parade this afternoon'. The target words were selected for certain phonological features, each of which may cause difficulties for non-native speakers, such as the th sound in think, which does not exist in Dutch.

The Dutch speakers read out question-answer pairs in Dutch and English, the American-English speakers read them out in English. Half of them were read in a normal setting and the other in a noisy setting. Marcoux: 'As far as I know, this is the first publicly available corpus that contains Lombard speech from non-native speakers.’

Marcoux then used the corpus to investigate various acoustic features of Lombard speech, such as intensity and word length. For each acoustic measure she compared English speech of native and non-native speakers and Dutch with the English of Dutch speakers. ‘The results show that the acoustic properties change in a similar way for both groups of speakers in English Lombard speech compared to normal speech,' says Marcoux. ‘This means that Dutch native speakers also produce Lombard speech in English.'

Marcoux also investigated the acoustic properties with the so-called High Energy Glimpsing Proportion metric (HEGP). This computational tool measures, among other things, the energy of speech and its ability to withstand noise. It also showed that for both groups, the native and non-native English Lombard speech better withstands noise than normal speech.

Marcoux also wanted to investigate whether Lombard speech gives the listener an intelligibility advantage and whether there is a difference between the speech of native and non-native speakers. Marcoux: 'The intelligibility of a speaker is not only determined by the acoustic signal, but also by the language background of the listener. That is why I tested Canadian listeners whose mother tongue is English and two non-native English listener groups, namely Dutch and Spanish.' In an experiment, the groups listened to recordings of English words presented in noise and spoken by native speakers of Dutch or English, either as Lombard or normal speech.

It turned out that, regardless of the speaker's native language, Lombard speech was better understood than normal speech. This seems to indicate that the adaptations made by the speakers in Lombard speech are beneficial to the listeners. Marcoux: ‘Moreover, listeners whose mother tongue is not English appeared to benefit most from Lombard speech, but within this group I found no difference between the Dutch and Spanish listeners.'

Finally, Marcoux investigated whether the Lombard speech of non-native speakers affects how a possible accent is perceived by listeners. ‘An important feature of Lombard speech is articulatory effort,' Marcoux explains. ‘It could be that for non-native speakers, who have to make an effort to pronounce a word, the accent becomes more noticeable.’ To test this, she set up a listening experiment in which two versions of a number of English words were played. Some of the recordings were spoken by native English-speakers, and some by native speakers of Dutch. Moreover, the same speakers pronounced the word in a noisy environment with contrastive focus and in a quiet environment without contrastive focus. The English and Spanish listeners had to indicate which of the two versions of a word had a weaker accent.