Frederik Zuiderveen Borgesius has been appointed professor of ICT and Private Law at the Radboud University Faculty of Sciences with effect from 1 January 2019.

The new professor is affiliated with the Digital Security Group of the iCIS Institute for Computing and Information Sciences. At Radboud he also is connected to the new research centre iHub, the Interdisciplinary Hub for Security, Privacy and Data Governance. Half of the week he works at Radboud University and the other half of the week at the Institute for Information Law at the University of Amsterdam. 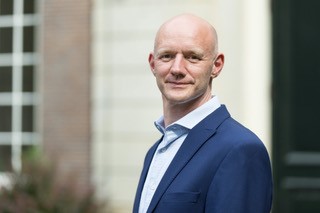 Zuiderveen Borgesius has published widely about privacy and discrimination in the context of new technology. He regularly collaborates with scientists from other disciplines. At Radboud University, he and his new colleagues will conduct interdisciplinary research at the intersection of law and ICT. Furthermore, he will teach law in computer science and information science programs.

He thinks it’s important for scientists to help society. In 2017, the European Parliament asked him to research privacy protection on the internet. And in early 2019, he wrote a report for the Council of Europe on discrimination, artificial intelligence, and algorithmic decision making. He has given presentations to the Dutch and European Parliaments. He regularly comments in the media.