Major differences between the brains of monkeys, mice and humans

Differences between brains of humans, and those of monkeys and mice are larger than expected. Monkey brains are not only smaller than human brains, but also differ in their internal connections. The same holds true for mouse brains, which deviate greatly in the most ancient and basic areas of the brain.

Neuroscientist Rogier Mars compared the human brain with that of macaques, chimpanzees and mice. In two studies, he and a number of colleagues looked for the differences and similarities, to see what makes humans so unique and to what extent animal research contributes to knowledge about people. The studies were recently published in eLife. 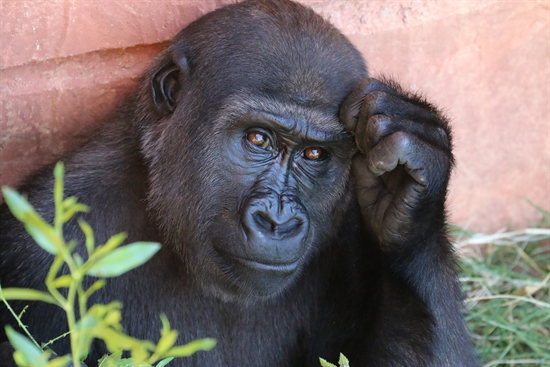 (Photo by Rob Schreckhise on Unsplash)

The chimpanzee is often thought of as the animal most similar to humans. Our DNA is 98% similar to that of chimpanzees, so you’d think that people resemble this species of monkeys. Yet we are very different, Mars explains. “If you have a group of chimpanzees in your lecture hall, it will be chaos. Quite different from a group of students. In addition, humans live all over the world, while chimpanzees are facing extinction in a corner of Africa. Therefore, there are differences and they, apparently, have a huge impact.”

While this kind of research was almost impossible to do with live animals in the past, modern scanning techniques now make it possible to examine live animal brains. Researchers like Mars utilise such data along with investigating the brains of animals that died of natural causes.

The quality of animal research is an important reason to execute these studies. Mars: “We still use laboratory animals a lot to learn something from our own brain. For example, the mouse is becoming increasingly popular for genetic studies. But, the brain of the mouse weighs a few grams, ours weighs one and a half kilos. Can we really use the mouse to learn something about our brain?”

In the realm of brain research, an important assumption has been that the core regions of the brain that originated far back in evolution are very similar in mice and humans. This research contradicts that. “No less than 80% of the so-called subcortical striatum of humans could not be found in the mouse brain. Those are areas that are important in people for things like language processing and social cognition. It also turned out that even the areas that are very similar in mice and human brains have much more extensive connections in humans.”

Although chimpanzees and macaques are a lot more like us, the differences between humans and monkeys are also larger than previously thought. The connections and areas in the brains of monkeys were thought to be quite similar, but slightly smaller. The researchers, however, found bigger differences.

The difference with macaques is larger, but the brains of chimpanzees also differ considerably from those humans. “The connections between brain regions have fundamentally changed over the course of evolution. Especially the fasciculus arcuatus, a bundle of connective nerve fibres important for the processing of language, is connected to many more areas in humans than in macaques, and even in chimpanzees.”

The study is especially original because of the use of MRI techniques in both humans and animals. Previous comparisons often mostly involved weight and size, while now, with brain scans, specific areas and their connections are also compared. Mars: "The study of brain evolution is now entering the era of ‘big data’."

In addition to knowledge about human evolution and origin, the results can help refine animal research. "Since we don't have a clear picture of the exact differences and similarities between us and the test animals, comparisons are often difficult to make," said Mars. “A better understanding of this means that we can develop better experiments. And by asking better questions, we eventually need fewer laboratory animals.”