This month, the METATOOL project started after receiving 4 million Euros from the European Innovation Council (EIC) earlier. Archaeology, neuroscience, and robotics scientists join forces to research how humans invented new tools to develop robots that could create tools as well. In many ways this is unique research according to Pablo Lanillos and Luke Miller, both Assistant Professor at the Donders Institute.

Pablo and Luke, being friends outside of Donders Institute as well, wanted to work together for a long time. They talked a lot about their work, especially when Pablo was preparing his proposal. Pablo: ‘I have been working on robots and this idea of understanding how humans perform with the body for a long time. I teamed up with robotics scientist Carlos Hernandez from Delft University, which was already working with Geeske Langejans, an archaeologist.”

The team wanted to go back in time to find out what allowed humans to create tools, instead of only using them. This is one of the things that distinguish humans from animals. Pablo: “This preparation phase was remarkably interesting, and it showed we had a gap of knowledge on neuroscience of tool use, but there was almost no time left because of the deadline. I saw Luke in the hallway and told him I was writing the proposal in two weeks. I needed his help and his brain. Luckily, he said yes, I will help you as much as possible.”

Luke: “One interesting thing that I want to follow up on is the ability of humans to create tools that you do not see in the wild. These are important for the METATOOL project because for example: some chimpanzees will only fish for termites with sticks whereas others only use leaves. Humans, however, know they use a hammer to hammer a nail, but we could use a piece of wood as well. We are extremely flexible in ways that other animals are not. Tool use is one of the defining features that humans have and was incredibly important for evolution. Linking archaeology, neuroscience, and robotics to understand this phenomenon is important in and of itself,”

Technology of the future

Both researchers are convinced they received the grant because developing robots that have the cognitive abilities to innovate, can develop robots is the technology of the future. In the worst-case scenario, it would open a research line that still would be preparation for technology of the future. It is high risk / high reward research. During the project Pablo hopes to achieve a couple of milestones: “machines that could monitor themselves, machines that can use and reuse tools or combine tools and so on until they can create tools. Until that time, we have this science fiction concept in our head that machines can create machines in the future. We are excited about the project, not only from a technological point of view but also because archeology has not been explored enough for understanding our cognition. Our ancient evolution is tied to intelligence.”

This project did not go so easy from the start. Pablo: “Normally, writing a proposal starts at least six months before the proposal. But in this case, we wrote the proposal within one month. This was stressful but inspiring. I remember that at the same time ten amazing scientists from all over the world were writing at the same time in our shared document, only three days before submission. That was impressive. And at the last moment it was stressful because we had problems uploading the documents too. But of course: receiving the acceptance of the proposal was a great moment for the team.

Luke: “One of the cool things for me was, that learned a lot while working on the proposal. I have been researching tool use since my PhD, but from a certain perspective. Because there were other perspectives such as robotics or archaeology, I learned new perspectives on how think about problems that we encountered.” For Luke especially, these are exciting times. He just received an Starting Grant of the European Research Council (ERC) for his research on how our brain pinpoints where objects are when touching our body. The results of this research could help us design better prosthetics that can be embodied.

Only at the Donders Institute

Both researchers state that Donders Institute is a great community with broad research interests and backgrounds from neuroscience, cognition, to robotics, deep learning, and even artificial intelligence. This wide range of scientists is here within one institute, which allows for all kinds of collaborations that otherwise would not have existed. Luke: “Otherwise neuroscientists and roboticists might not actually be talking with each other because they’re just very different fields, usually in different departments or even buildings.”

According to Pablo this also is something that the EU asks to get funding: “And what makes it even more special is that a part of the Donders Institute is part of the social faculty. Which ensures that there often is attention for social impact like human centered robotics. We have a lot to thank to Donders Institute. They were supportive in everything and for doing this kind of intuitive and multidisciplinary proposal, this is the place to be. 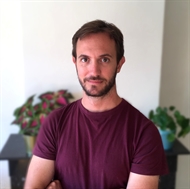 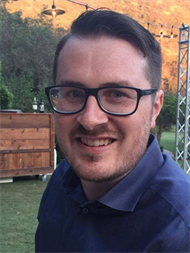