Why does one person develop post-traumatic symptoms after a stressful event while another does not? Police officers with higher activity in the anterior frontal brain area appear to respond more resiliently to a traumatic event. Brain researchers from the Donders Institute and the  Behavioural Science Institute discovered this in collaboration with the Police Academy. An article on their study will be published on 18 February in Nature Human Behaviour.

The study involved 340 police officers from all over the Netherlands. “We tested them for the first time during the early stages of their police training, and again after 16 months. During that time period, police officers usually experience traumatic events for the first time. While interning as part of their training programmes, they are often involved as first aid providers when emergency services are requested. As a result, they are very likely to see stressful events, such as accidents, someone who has died or is severely confused, or they are confronted with violence,” says lead author Reinoud Kaldewaij. 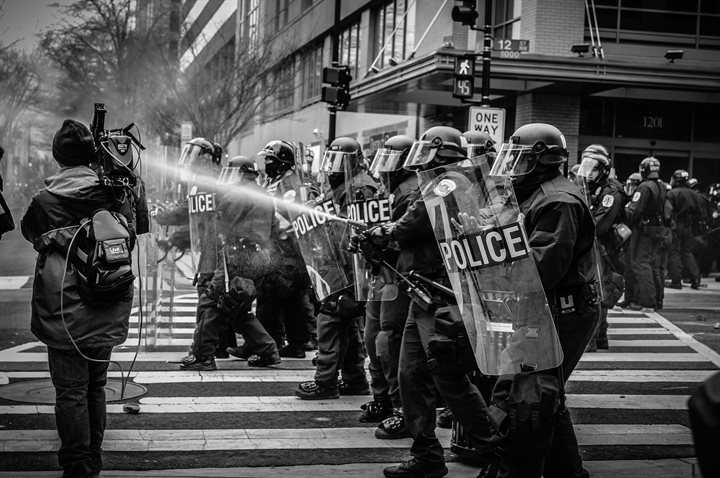 When dealing with stressful or challenging situations, it is important that we try to regulate our automatic emotional responses. Kaldewaij wondered whether the degree to which we can control our emotional behaviour is related to differences in stress susceptibility in our brain.

To measure the degree of control police officers have over their automatic emotional behaviour, Kaldewaij used the ‘approach-avoidance task’. This is a frequently used computer task whereby subjects are shown pictures of angry and happy faces, which they can approach or avoid by moving a joystick towards or away from them.

Our natural tendency is to avoid angry faces and approach happy faces, but reversing this against our intuition requires control over our automatic emotional responses. The anterior prefrontal cortex, an area located at the front of our brain, is known to be involved in this emotional control.

The police officers were placed in an MRI scanner, and Kaldewaij measured the activity of their anterior prefrontal cortex while they performed the approach-avoidance task. “About a year and a half after this measurement, we contacted the officers again and interviewed them to determine the extent to which they showed symptoms related to post-traumatic stress, such as poor sleep, avoidance of thoughts about the event, and negative thoughts and mood.”

The officers with higher activity in their prefrontal cortex appeared to have developed fewer symptoms after experiencing a traumatic event. “It was already known that this brain area is important for dealing with acute stress, but apparently this also applies to resilience against post-traumatic stress.”

“In research into stress, the question is always whether differences between people, such as differences in brain activity, are a cause or a result of stress-related disorders such as PTSD. With this study we have demonstrated the pre-existence of a stress resilience factor in the brain. That is the power of a longitudinal study, where you examine people both before and after a traumatic event. However, we still do not know whether this resilience factor against stress can be trained or not.”