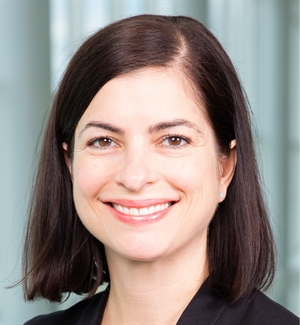 Our recent work has laid the groundwork for identifying the genes associated with memory performance in humans. Our approach unites two powerful tools in contemporary neuroscience: brain recordings from awake, behaving individuals and large-scale gene expression from human brain tissue.

A key innovation of this work is the collection of these two types of data from the same patients at different stages of their evaluation and treatment for epilepsy. We integrated intracranial EEG recordings during memory tasks with bulk RNA-seq, single-nuclei RNA-seq, and single-nuclei ATAC-seq to identify genes and regulatory mechanisms that underlie brain oscillations related to human memory performance. The genes we identify as being highly correlated with mnemonic processing should be strong candidates for further animal experimentation and potential therapeutic targeting.

Genevieve Konopka is an Associate Professor of Neuroscience and the Jon Heighten Scholar in Autism Research at UT Southwestern Medical Center. Dr. Konopka received dual B.S. degrees in Brain and Cognitive Sciences and Biology from MIT and completed her Ph.D. in Neurobiology at Harvard University. She has been the recipient of numerous awards including a NARSAD Young Investigator Award, an NIH Pathway to Independence Award, a Basil O’Connor Scholar Award from the March of Dimes, a Young Investigator Award from the International Society for Autism Research (INSAR), a Kavli Fellow of the National Academy of Sciences, and an Understanding Human Cognition Scholar Award from the James S. McDonnell Foundation.

The research in the Konopka lab focuses on understanding the molecular pathways important for human brain evolution that are at risk in cognitive disorders such as autism and schizophrenia. Her lab uses a combination of human neurons, animal models, and primate comparative genomics to uncover human-specific, disease-relevant patterns of gene expression. Recent work in her lab integrates gene expression with signatures of neuronal activity in the human brain. The Konopka lab is also part of the international Human Cell Atlas effort to map gene expression in every cell of the human body.