More than 80 researchers from 21 different cities and 10 countries attended the third edition of the COGNOMICS Conference which took place on the 4th and 5th of September, at the Max Planck Institute here in Nijmegen. Under the theme ‘Bridging gaps: from genes to cognition’, the event brought together researchers from a variety of fields to discuss the connections between genetics, brain, cognition, and behaviour in health and disease. 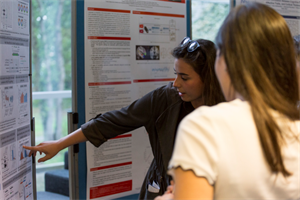 When we think about connecting genetics and behaviour, we readily think about genome-wide association studies (GWAS). Indeed, the conference presentations included new GWAS findings, for example for language traits (Else Eising, MPI Nijmegen). Nathan Skene (Imperial College London) made a passionate call for even more GWAS. He showed that new insights into disease aetiology could be derived from GWAS results when combined with single-cell RNA-sequencing of brain cell types. Accordingly, he uncovered in which cell types genetic variants are enriched that are associated with multifactorial disorders such as schizophrenia. 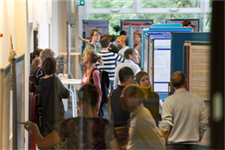 A unique angle of this year’s conference was brain evolution. Frank Jacobs (University of Amsterdam) told the story of NOTCH2NL, a cluster of genes that he found to be involved in the dramatic expansion of the human brain. Lea Davis (Vanderbilt University, US) talked about the challenging field of evolutionary neurogenetics, which studies whether genetic variation found to contribute to brain structure and psychiatric diagnoses demonstrates signatures of evolutionary pressure. Perhaps the same genetic variation that was adaptive in human evolution now causes vulnerability to certain disorders. Martijn van den Heuvel (VU Amsterdam) emphasized that idea. He suggested that, compared to other species, the ‘rules of wiring’ of the human brain may allow for unique abilities but also unique vulnerabilities. 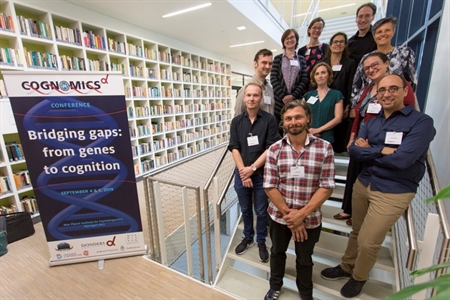 The above is just a fraction of the many excellent presentations with diverse topics of research. Yet, the true success of the conference’s theme of ‘bridging gaps’ was seen in presenters from different disciplines referring to each other’s talks and being inspired by the possibilities of each other’s methods. So, if you want to broaden your horizon, do not miss out on the next edition of the COGNOMICS Conference in 2022 ! 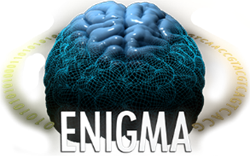