Memorising items by visually putting them in a familiar environment is a known technique that successfully helps people to memorise names, numbers, a shopping list, or even a big set of data during memory championships. Training the brain with this so-called ‘memory palace’ even improves longer term memory, Donders Institute researchers recently discovered. They published their findings in Science Advances. 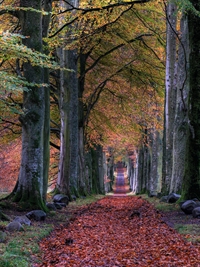 The idea is simple in itself: use your favourite walk as a path. Have a look at your shopping list and put all items one by one on the path. For instance, visualise a pack of milk at the front door, a sack of tomatoes near the red roses in your front yard, a box of cereals under that old oak and so on. Once in the supermarket, simply walk the walk in your mind and you will ‘see’ what you need.

While memory champions train this technique repeatedly to gain a surprisingly strong memory, research shows that even with a little practice, it can help everybody to memorise a modest list of items. In this study, Isabella Wagner and others monitored the brain of memory champions and of people who used the technique for the first time. “We generally found more efficient processing in regions involved in memory and spatial navigation.”

The researchers monitored several groups of participants, all with a similar IQ. One group consisted of 23 memory athletes, two other groups received memory training, and a control group was left blank. 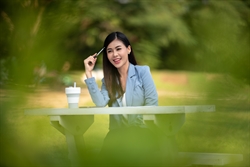 With the help of fMRI, brain activity was measured, while participants were memorising words and while they were resting afterwards. Activity in the relevant brain areas of the memory athletes was lower compared to control subjects during memorising the words. This points out that their brains are efficiently and strategically used for the task at hand. Wagner: “In a trained brain, less brain activation is necessary to achieve a better performance.”

Results from the other groups prove this point. The more participants profited from training and the better they perform in memorising words, the bigger the decrease in brain activity became. Strikingly, this efficiency was also reflected in the durability of the memorized information: trained participants remembered not only more, but also for longer. Additionally, Wagner and her colleagues found that after the learning process, coordinated brain activity went up. “This change in brain connectivity is indicating that memories are consolidated after training, which saves them for a longer-term.”