Amyloidogenic proteins in Alzheimer's disease and Parkinson's disease: interaction with chaperones and inflammation

Neurodegenerative conformational diseases are characterized by cerebral accumulation of fibrillar protein (referred to as amyloids), due to misfolding and aggregation of a natively unfolded protein. Examples of these disorders are Alzheimer’s disease (AD) and Parkinson’s disease (PD). AD is the most common progressive and age-related neurodegenerative disorder. It is characterized by extracellular deposition of the amyloid β (Aβ) protein in the parenchyma, but also in the cerebrovascular wall, respectively referred to as plaques and cerebral amyloid angiopathy (CAA). In addition, hyperphosphorylated tau protein also accumulates as intraneuronal neurofibrillary tangles. PD is the most common neurodegenerative movement disorder and is characterized by intraneuronal inclusions of α-synuclein in the substantia nigra and cerebral cortex. Both Aβ and α-synuclein are proteins capable of self-aggregation, forming dimers, trimers, oligomers, protofibrils and eventually mature fibrils, of which the last three are rich in β-sheet structure. Although protofibrils and mature fibrils are found in the pathological lesions in AD and PD, they are assumed to be less toxic than oligomers, which are directly held responsible for neurotoxicity. Although it is generally accepted that fibrillization of Aβ and α-synuclein is the pathological basis for the development of AD and PD, still many questions regarding the underlying mechanisms for their misfolding and accumulation remain unanswered. The studies reported in my thesis aimed to provide more insight into these underlying mechanisms. More specifically, Aβ and α-synuclein do not only associate with themselves, but also interact with various other factors, such as small heat shock proteins, apolipoproteine E, heparan sulfate proteoglycans and inflammatory agents. Understanding the intra- and extracellular assembly of normally soluble proteins into amyloid aggregates might provide new clues to develop therapies for these diseases. 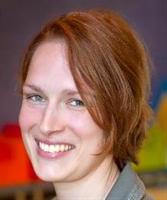