Our ability to interact with the visual world around us is vital in our daily life. However, the way we transform visual information into the desired movements is not trivial. For example, our visual percept is distorted by an ongoing stream of small and larger eye movements, each eye movement confronting us with a new visual image and a new percept of our surrounding. Our spatial percept needs to be stabilized across eye movements, as such allowing the brain to plan hand movements towards visual objects. Another computational challenge is that the visual information, that enters our brain in a gaze-centered, retinotopic reference frame, must be transformed into body-based, muscle- centered coordinates for movement generation. The core issue of this thesis is how the brain transforms information across the various reference frames to maintain spatial stability and produce suitable movement plans. An important brain structure involved in visuomotor integration and movement planning is the posterior parietal cortex (PPC). Electrophysiological recordings from the monkey lateral intraparietal sulcus, and whole-head neuroimaging in humans have demonstrated that the PPC holds spatial representations for different types of actions (Andersen and Buneo, 2002; Culham et al., 2006), which can be read out by other brain structures involved in generating the actual movement commands. More specifically, the PPC has been shown to use anatomically distinct submodules for the spatial representations of different effectors. For example, the lateral intraparietal (LIP) area codes targets of saccades, while the medial parietal reach region (PRR) codes targets of reaching movements. Both regions have been shown to encode this information in a gaze-centered reference frame. How the respective neurons communicate to code this information and keep it online across eye movements is poorly understood. In this thesis, we have used magnetoencephalography (MEG) to study the role of neuronal communication and neuronal synchronization in the posterior parietal cortex during sensorimotor integration. The experiments, have shown that human posterior parietal neurons cooperate in a high frequency (gamma band frequency; >40 Hz) to encode goals for eye- and hand-movements, with a different frequency and different parietal submodule for eye-, than for hand-movements. Furthermore, we found that parietal oscillations involved in sensorimotor integration operate in a gaze-centered reference frame and reorganize during gaze-shifts to mediate spatial stability. 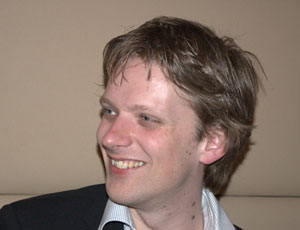