The life of Jeroen van Baar

The life of Jeroen van Baar 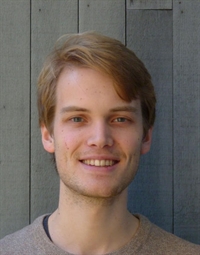 Jeroen van Baar is a PhD student in the Decision Neuroscience lab at the DCCN and just received the DCCN PhD award 2017.

What did you want to be when you grew up?

What has your career path been so far and how did you come to your current position?

I followed the Masters in Neuroscience & Cognition at Utrecht University, and did my second research internship at a lab at ENS Paris. One of the PIs there was Giorgio Coricelli, and when he gave a talk about regret avoidance I realized how cool it would be to work on similar stuff. He pointed me to Alan’s lab at the Donders, who happened to be recruiting at the time. Lucky!

Who are you working with and what do these collaborations look like?

Of course I work mainly with Alan, which is a lot of fun. He’s a good mentor. For more in-depth hands-on cutting-edge supervision on computational modeling and fMRI analysis, however, I got to work with Luke Chang at Dartmouth College in the US. We first Skyped a lot, but earlier this year I went to visit for a few months. Amazing experience! I learned a lot, and can really recommend everyone to try and spend some time in a different lab with a different focus. Right now I’m also collaborating with Felix, our lab manager, and Filippo, an economics Masters student from Utrecht, mainly on data collection and some analysis. Both those collaborations are a lot of fun and make doing the science much more enjoyable.

What aspect of your job is or has been a challenge for you?

For the first two years or so I had no idea what I was doing, felt lost a lot of the time, and considered quitting on numerous occasions. The feedback loop is so incredibly long when doing a PhD that you often can’t see what your work is leading to. That’s been demotivating for me. I’m finally seeing some fruits of my labor now, but thinking about future research plans is still a mix between excitement and dread at not-knowing where you’re going. Mostly excitement though.

Who inspires you the most and why?

Joseph Campbell, great mythologist of the 20th century. He was an amazing speaker, a great writer, a funny and lighthearted storyteller. His work did what I think is one of the core purposes of psychology: helping people make sense of themselves. He just chose to do it through metaphor, while we try direct description.

Friday night: cook dinner with friends and go out for a couple of beers; Saturday: play squash and have lunch with a friend, come home, read the newspaper for a bit, work on my Sinterklaas poems, cook dinner, and watch several episodes of Stranger Things; Sunday: have breakfast, watch Buitenhof, rehearse with my band. Finally, there’s nothing more relaxing than grocery shopping on Sunday evening. Should I have put more science in there?

What is your favorite book and why?

Siddhartha by Hermann Hesse. Same reason as why I like Joseph Campbell ;)