Robbert Maseland has been appointed professor of International Economics and Institutes at Radboud University’s Nijmegen School of Management with effect from 22 October. 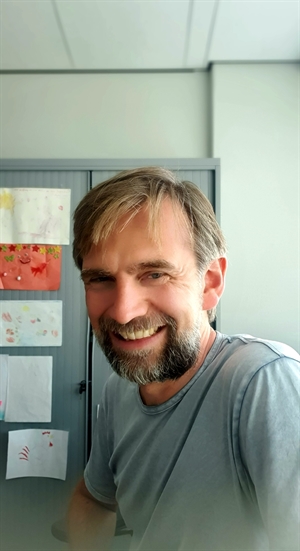 "My research is directed at the question what causes inequality between societies around the world. I focus mainly on the role of culture and institutions in economic development," Maseland says. "I investigate the issue of how institutions evolve, and how they influence the development of economic inequality. As part of this, I focus on the question of how institutional differences between societies shape globalisation processes, for example by influencing multinationals’ investment behaviour."

Maseland (Arnhem, 1975) obtained a double Master's degree in Economics and Development Studies from Radboud University in 1999. In 2006 he gained his PhD, also at Radboud University, with a comparative analysis of the role of culture in the economic development of Malaysia and the Philippines.

After taking his PhD, Maseland worked as a postdoc in Radboud University’s Political Science department. Since 2009 he has been at the University of Groningen - first as assistant professor, and since 2012 as associate professor. In addition, Maseland held a position as a visiting professor of International Management and Governance at the University of Bremen in 2012. He has also conducted research at the Max Planck Institute for the Study of Societies and the Melbourne Business School.