On the occasion of King's Day this year, four (former) employees of Radboud University and Radboud university medical center will receive a royal distinction for their exceptional scientific and/or social achievements. Among them is Jeroen Smits, Professor of Comparative Economic and Human Development at Nijmegen School of Management. Smits receives the distinction Knight of the Order of the Netherlands Lion.

Over the past twenty years, Jeroen Smits has developed the Global Data Lab: a database containing data on individual circumstances and the households of two million children in 90 different developing countries. With immense patience and investment in time, he has worked to find technical ways to harmonise data files from different types of surveys in a scientifically sound and trustworthy way. Comparing data from a large number of studies on population welfare and wellbeing has been made possible by this means. These data are invaluable for researchers, governments and international organisations in following developments in developing countries over many years. They provide insight into the effectiveness of measures taken or the identification of problem areas. Smits publishes this information and makes it comprehensible free of charge through the Global Data Lab to help people in low and middle-income areas gain insight into their situation and how it develops. Smits personally keeps the Global Data Lab, which now contains data on 30 million people in over 130 countries, up to date and continuously develops the database for scientific and social parties such as the OECD and the United Nations.

On Tuesday 26 April, Mayor Bruls of the Municipality of Nijmegen will present the Royal Distinctions at an event in the Radboud University auditorium. Because Jeroen Smits is currently abroad, his award ceremony will take place on 19 May in Nijmegen city hall. 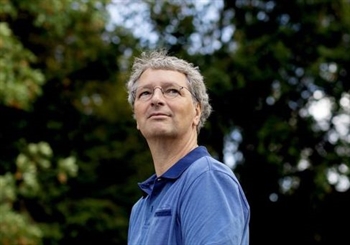