As of April 15, 2022, Aura Timen has been appointed Professor of Primary and Community Care at Radboud University Medical Center / Radboud University. In addition, on this date she will start as Department Head of Primary and Community Care at the Radboudumc. With her extensive experience, Timen aims to turn the lessons of the corona pandemic into research questions for better care in the future. 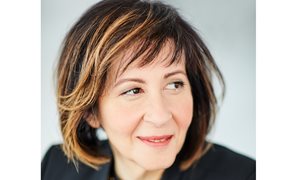 Aura Timen (Cluj-Napoca, Romania, 1966) studied Medicine at the VU. In 1999, while specializing as an infectious disease control physician, she wrote a guideline on anthrax. For this then relatively unknown disease no guideline existed in the Netherlands. In the appendix Timen wrote a text about bioterrorism. ‘Two years later the guideline was suddenly very relevant,' she says. ‘During that period, letters containing anthrax were sent out and five people were killed in the United States.’

Fortunately, in the Netherlands no people got sick and anthrax was never found in powder letters, but the anthrax guideline was the stepping stone for Timen to a job at the National Coordination Centre for Infectious Disease Control (LCI), now part of the RIVM. There she worked for 21 years, 11 of which as head of the center. She dealt with many outbreaks of infectious diseases, including measles, Ebola, SARS, Q fever and mumps.

In 2010 Timen received her PhD from Radboud University with her thesis entitled 'Outbreak management: towards a model for the next crisis'. Timen: 'I investigated the essential components of crisis management, based on analyses of recent infectious disease crises in the Netherlands and internationally.' In 2018, she was appointed as extraordinary professor Responses to Communicable Diseases in Global Health at the VU in Amsterdam.

Nationally, Timen gained notoriety mainly by her major role during the corona pandemic. As head of the LCI and scientific secretary of the Outbreak Management Team (January 2011-February 2022), she was particularly prominent in the media during the past two years. She regularly provided interpretation on infection rates and measures and was a frequent guest on talk shows. In 2020, Timen was number 17 in the Top 200 Most Influential Dutchmen of the Volkskrant.

Now Timen is making the switch to the Radboudumc, where she will work as professor and department head of Primary and Community Care. 'What I love about this department is that all the areas of expertise that are relevant in primary care come together here,' Timen says. 'Not only family medicine, but also geriatric and long-term care, medicine for people with intellectual disabilities, public health, insurance medicine and occupational health. This is really a unique place in the Netherlands.'

As a professor, Timen focuses on the dynamics of public health crises and the effect of measures on individuals, risk groups and populations. She conducts research using an integration of different health care perspectives, with the goal of early detection and health gains. Timen: 'I see this integration at three levels. First, the micro level, where the individual is surrounded by a network of care providers and the social environment. Secondly, the meso level of the various healthcare organizations. And third, the macro level, where we work on health issues across borders in an international perspective.'

Timen brings a lot of expertise to Radboudumc and has an important role in several national and international networks. She participates in many (inter)national studies and led the WHO Collaborating Centre for Infectious Disease Preparedness and IHR monitoring and response between 2017 and 2022. Based on all her experience, she will continue to roll out her vision. Timen: 'With the conviction that public health does not end where healthcare begins, I want to turn the lessons of the corona crisis into research questions for the better care of the future.'