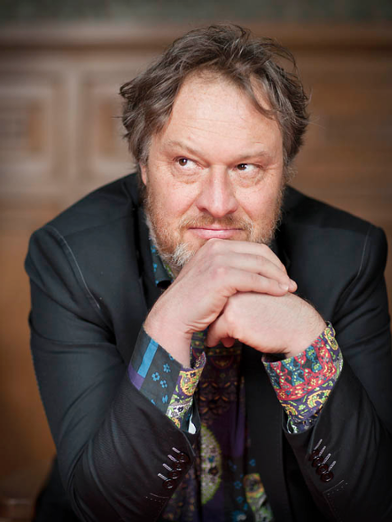 Ap Dijksterhuis is professor, entrepreneur, speaker and writer. He seeks insights from scientific psychology to improve the world by changing behavior and promoting human happiness.

As a researcher, he focuses on the role of unconscious intuitive processes that play a role in decision making and creativity. In recent years his research focuses more and more on understanding and increase happiness.
He won a handful of scientific prizes (including the very prestigious Early Career Award from the American Psychological Association), and is editor of the authoritative Science. He is head of the Department of Social Psychology of the University of Nijmegen.

As a writer and popular speaker, he tries to inspire people.
He wrote three books: Het slimme onbewuste ("The Smart unconscious") (2007, sold over 100,000 copies, was nominated for the prize Eureka); De merkwaardige psychologie van een wijndrinker ("The peculiar psychology of a wine drinker") (2011); en Op naar geluk ("On to Happiness") (2015). HP / De Tijd called him a few years ago to become one of the 100 most influential Dutch.

He has many hobbies including cooking, reading, and enjoying wine and whisky. His main hobby is traveling. Every year he travels several weeks or even months to more or less exotic areas for inspiration.