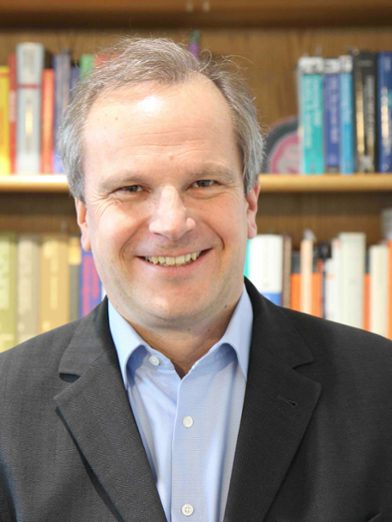 Prof. Dr. Jörg R. Hörandel is an expert in astroparticle physics. He is interested in the origin of cosmic rays, the highest-energy particles in the Universe. His activities span a wide range, from direct measurements of cosmic rays above the atmosphere with instruments on balloons to the measurement of air showers, induced by high-energy cosmic rays in the atmosphere. He plays leading roles in several air shower experiments. His interest is also devoted to phenomenological aspects of astroparticle physics, in particular he is an expert on the origin of the „Knee“ in the energy spectrum of cosmic rays. His activities also include the development of new detection concepts for astroparticle and medical physics. For his work on the radio detection of air showers he has been honored with an Advanced Grant of the European Research Council (ERC). Hörandel is professor of Astroparticle Physics at Radboud Universiteit and also professor at Vrije Universiteit Brussel. He is the Chair of the Department of Astrophysics at Radboud Universiteit. As director of the well-known International School of Cosmic Ray Astrophysics in Erice he is active in the education of the next generation of scientists. Hörandel was for many years the chair of the Committee for Astroparticle physics in the Netherlands (CAN) and is a member of the Commission on Astroparticle Physics (C4) of the International Union of Pure and Applied Physics (IUPAP), presently serving as C4 secretary.