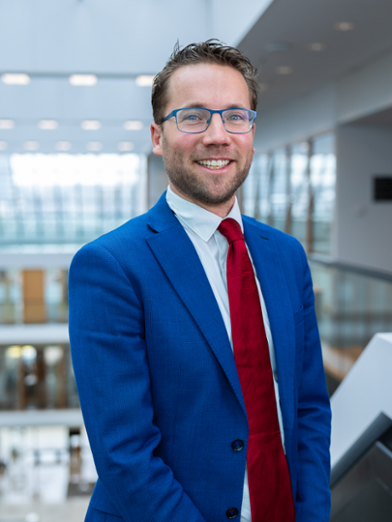 Jasper Krommendijk (1985) is an Associate Professor of international and European Law and Director of the Research Centre for State and Law (SteR). Jasper's research is focused on the impact of international and European law at the domestic level: how can the ‘law in the books’ be translated to ‘law-in-action’? How effective are international courts and how do (international) legal procedures function in practice? His motivation is truly understanding and offering explanations on the law with a specific interest in human rights and effective judicial protection. Most of his research has been empirical and interdisciplinary in nature, grounded in both law as well as IR. Jasper worked on a project (2017-21) called ‘It takes two to tango. The preliminary reference dance between the Court of Justice of the European Union and national courts’ funded with a VENI-grant by the Netherlands Organisation for Scientific Research (NWO).

Before this project, Jasper completed his PhD on the effectiveness of international courts and committees and their judgments/ recommendations, including the UN human rights committees as well as some Council of Europe bodies. This empirical research was interdisciplinary in nature since it was grounded in both law as well as International Relations and consisted of qualitative case studies and involved social science research methods.

Prior to starting his PhD research, Jasper worked at the Ministry of Justice in the field of EU criminal law and mutual trust.

Jasper holds an LLM degree in International Law and the Law of International Organisations from the University of Groningen, the Netherlands. He previously completed bachelor degrees in International Relations and International and European Law at the same university. During his studies, Jasper worked as a research assistant on international investment law and did an internship at the Dutch Ministry of Economic Affairs, working on the implementation of the EU Services Directive.