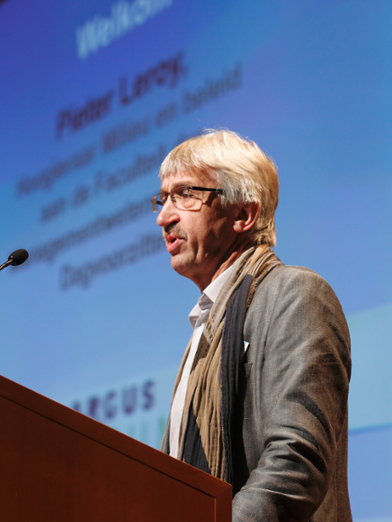 Pieter Leroy (Deinze, 1954) graduated in sociology at the Catholic University Leuven (1972-1976) and was a researcher at Antwerp University (1976-1985), where he got his PhD degree in social and political sciences (1983). From 1985 onwards, he worked in the Netherlands, first as a lecturer at the then Rijkshogeschool IJsselland (Deventer). In 1988 he joined the then Catholic University Nijmegen, first as an associate professor and from 1994 onwards as a full professor.
Prof. Pieter Leroy conducts studies on the social and political aspects of environmental issues. These issues and the societal responses to them provoke political issues related to participation and democracy, environmental (in)equality, power interactions, the role of (scientific) knowledge, new ways of decision making and policy implementation and, not to the least, the definition and demarcation of the concept of 'the environment' itself. We do analyse and evaluate these issues and the continuious renewal of environmental politics and policies, in the context of more comprehensive trends, such as regionalisation, Europeanisation, globalisation a.o. Most of our research is comparative in nature, cross-national, cross-sector or cross-temporal, in order to better understand the mechanisms of institutional change - or the lack thereof -.