Chair: History of Philosophy and Science 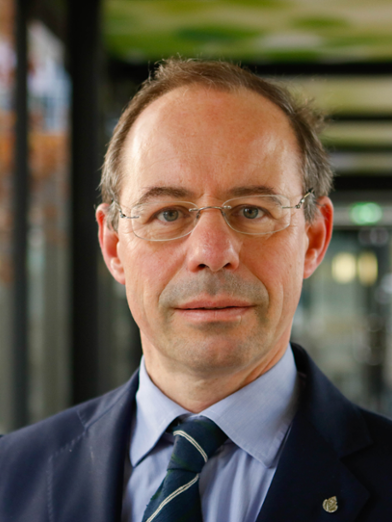 Prof. Christoph Lüthy has a double training in philosophy and the history of science. He is principally interested in the origin of the modern sciences after the Renaissance, in the evolution of matter theories, in visual strategies in the sciences, and in the mind-body problem as it developed in reaction to Darwin's evolutionary model.
He has published notably on a series of early-modern atomists (Bruno, Taurellus, Gorlaeus, Sennert, Galileo, Descartes, and others), on the evolution of techniques of visualization (diagrams, models, microscopical imagery) and of key notions ('chance', 'atom', 'perfectibility of humans').
Lüthy is also editor-in-chief of the journal "Early Science and Medicine" and co-editor of the book series "Medieval and Early Modern Philosophy and Science" (both published by Brill Academic Publishers). He is a member of the Royal Netherlands Academy of Arts and Sciences.