Being queer in a small city with a big heart: ‘This place can be a real safe haven’ 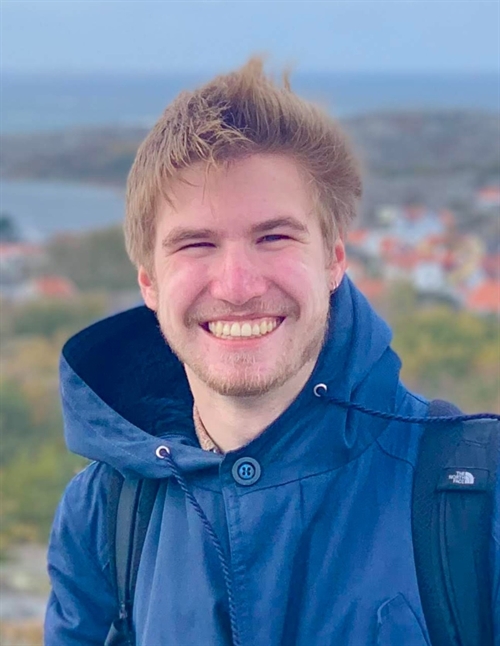 The gay scene in Nijmegen is a small, but active one. Local LGBTQ+ youth organisation Dito seeks to offer a space for young queer persons, right in the heart of the city. Because the freedom to be yourself, to love whoever you want to love, and to claim a spot in a society where one is constantly faced with the pressure to label oneself, is not as self-evident for everybody. Though Rens Makkink, board member at Dito, believes Nijmegen is a safe city for his community, there is still plenty of room for improvement. Today, the DEI Office sat down for a conversation with this 23-year-old Radboud student to talk about his organisation, the challenges he faces, and the support he receives from his peers.

Though Dito is known as a social club to most, the organisation has also been active as an advocacy group. In this way, it seeks to offer a little bit for everybody—from queer persons who are new to Nijmegen to young people still struggling with their sexuality. “We have drinks together, take trips, and organize parties, but we also try to be socially engaged through seminars on LGBTQ+ rights, for example. We really want to create a safe space for people who do not really feel heard or seen in other places. Everybody should feel welcome.”

As a student at the Radboud University, Rens has had the opportunity to properly familiarize himself with the sights and sounds of the city. And even though he feels that people in Nijmegen are generally quite tolerant towards queer persons, the situation is still far from perfect. “Sure, it can always be better, even on campus. That being said, the university can pride itself on the way it handles these topics. But from time to time, you are still seen as the Other. I’m pretty sure that’s inevitable. It happens all throughout the Netherlands and across the rest of the world. That can feel alienating.”

From the countryside to the city

Known as a progressive city, Nijmegen has always claimed to be a place where everybody can and should feel at home. Though reality can be different, there is, according to Rens, some truth to it. Especially when compared to the more rural parts of the country. “A couple of decades ago, Nijmegen used to be a hub for activists. That has changed a bit, but I don’t feel it takes away from the local LGBTQ+ acceptance. We meet a lot of people from different backgrounds, perhaps raised outside of Nijmegen in a religious community or a rural area. These places are not always known to be the most tolerant. In that sense, the city can be a real haven for many queer persons. For me as well.”

Growing up on the countryside, Rens is all too familiar with some of the challenges faced by queer persons outside of the urban areas. Though he himself has had a wonderful childhood, primarily thanks to his family, some of his peers have not been as lucky. “It was all right for me, but I just do not feel at home there. In a city like Nijmegen, on the other hand, there is always somebody there for you. Especially if you are a part of a community like Dito. It can be really liberating. That newfound freedom has allowed me to get to know myself a lot better. Though being gay is a part of my life, it does not define me as a person. That might sound strange coming from a board member at an LGBTQ+ organisation, but we have built this community for the very reason that we do not have to feel different among our peers.”