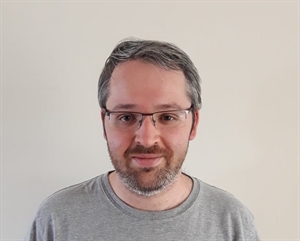 Who is Ashley Chrimes?

Dr. Ashley Chrimes obtained his PhD in Astronomy from the University of Warwick (UK) in June 2020, under supervision of Dr. Elizabeth Stanway.

His main research field is Astrophysical transients, their host galaxies, and their progenitors.

Why was he nominated?

Ashley Chrimes was nominated by prof. dr. Paul Groot and prof. dr. Andrew Levan of the Institute for Mathematics, Astrophysics and Particle Physics (IMAPP) of Radboud University's Faculty of Science. They see in him an exceptional and highly promising researcher. Despite his early career stage, he has already made significant observational and theoretical contributions to the field of astrophysical transients and binary stellar populations.

The breath of Ashley's work is truly impressive: his work places him at the interface of observations and theory. He is capable of taking, reducing and interpreting data, but also of making meaningful and testable theoretical predictions. His Radboud Excellence Initiative research project touches on several research fields within Radboud University's Astrophysics department and will therefore be a valuable contribution to their work.

What is his research project about?

According to his nominator, prof. Paul Groot: "Dr. Chrimes’ work has so far predominantly been concerned with the nature of gamma-ray bursts (GRBs), brief flashes of gamma-ray light which emit as much energy in a few seconds as the Sun does in its 10 billion year lifespan. However, Ashley's work is also much more broadly applicable across the area of 'Astrophysical Transients', a catch-all term which describes sources which appear and disappear in the night sky across time scales ranging from milliseconds to years."