Francis Amelry (ca. 1550) was the most influential Carmelite author of his time in Flanders. However, as a result of the religious wars of the sixteenth century, his name and his works were forgotten soon after his death, and were only rediscovered halfway through the 20th century. 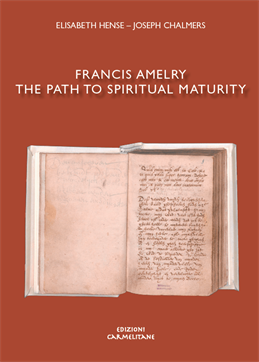 Unfortunately, at that time, publications about him remained restricted to the Dutch-speaking world. His breakthrough to the German-speaking world came about at the turn of the present century, when Elisabeth Hense published her dissertation on him in Germany. Since then she has wished to continue her work on this interesting author and waited for a possibility to introduce him to the Anglo-Saxon world. She is happy now, that – with the help of Joseph Chalmers, the late Joachim Smet and Michael Manning – this wish can be fulfilled. As one of the most significant authors on spiritual guidance, lectio divina and bridal mysticism in the Carmelite tradition, Francis Amelry deserves to be more widely known.

The main works of Francis Amelry are his Seven Letters to an unknown female directee and his mystagogical Dialogue between the Soul and her Nurse. Both of these works are now translated into English and completed with an introduction into the life and works of this rather unknown, but particularly fascinating Carmelite author.