On Thursday the 12th of March 2019 the annual celebration of International Women’s Day took place organized by Radboud Gender & Diversity Studies for all the employees of the university and other interested people.

This year, the 12th of March was chosen for the celebration instead of the official date, the 8th of March. The reason for this was that the primary schools didn’t have classes that week and not all the interested staff would be able to attend the event.

The program started at 14.15 at the new Theatre Hall C in the Elinor Ostrom Building. The hall was colorfully decorated with blue, red and silver confetti balloons. At the entrance, the attendees were welcomed and registrations were checked. When the +/- 110 attendees had taken a seat, prof. dr. Marieke van den Brink welcomed everyone and opened the program. She also pointed out that there was a form on every chair with a prize question of which the answer would be given in the coming lecture. Three people who gave the correct answer would win the book ‘We Should All Be Feminists’ by Chimamanda Ngozi Adichi.

Then, the floor was to dr. Agnes Andeweg, assistant professor at University College Utrecht. The theme of her lecture was ‘Bert & Ernie, Scarlett Johansson, and their predecessors: culture matters in LGBT+ empowerment.’ She spoke about recent discussions, for example, Oscars So White, Bert & Ernie who came out as a homosexual couple and Scarlett Johansson who turned down a trans role. Dr. Andeweg discussed the representation of women and minorities in Dutch magazines in the eighties. She emphasized that studying culture is important because it shows us a lot about our norms and values with regards to sex and gender.

After this interesting lecture, a few questions from the audience were asked and there was a short break.

Then it was time for the performance of Olga Vocal Ensemble. Olga is a cappella singing group and surprised us with their enthusiasm, humor and good songs. They sang songs by great female composers, a song by Hildegard von Bingen and they were able to combine the ‘bangalijst’ and Mozart into one song. The lyrics of their song ‘boys and girls’ consisted of only texts from children’s T-shirts. There was a lot about princesses, unicorns, diamonds and knights and heroes and it was really amusing to hear. During one of the last songs, everyone had to stand op and dance along with them. All attendees were visibly enjoying themselves and it was a great performance.

Then, Marieke van den Brink announced the winners of the prize question, thanked the organization and everyone for coming. There were drinks and vegetarian snacks in the foyer next to the theatre hall and a lot of people stayed for a chat and a drink. Overall, it was an interesting and fun afternoon and we hope to see you next year! 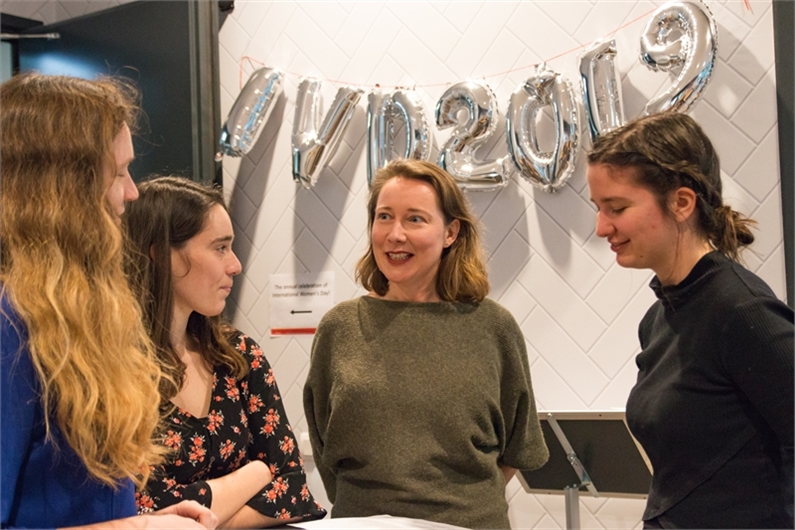 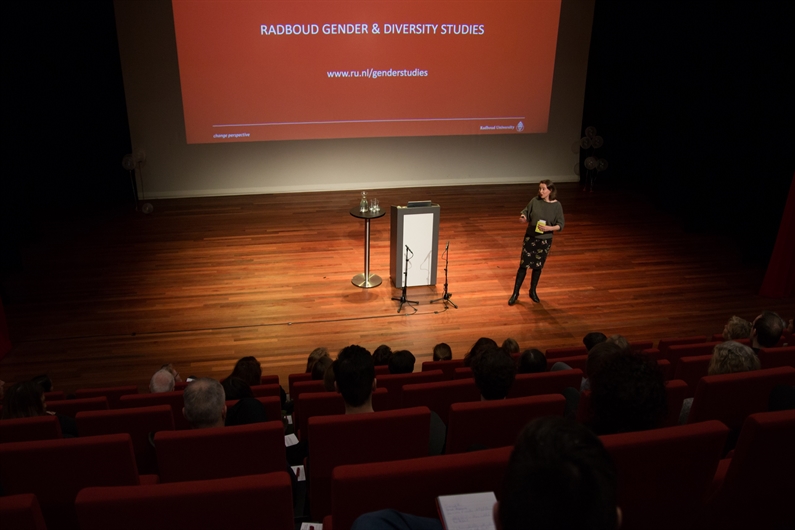 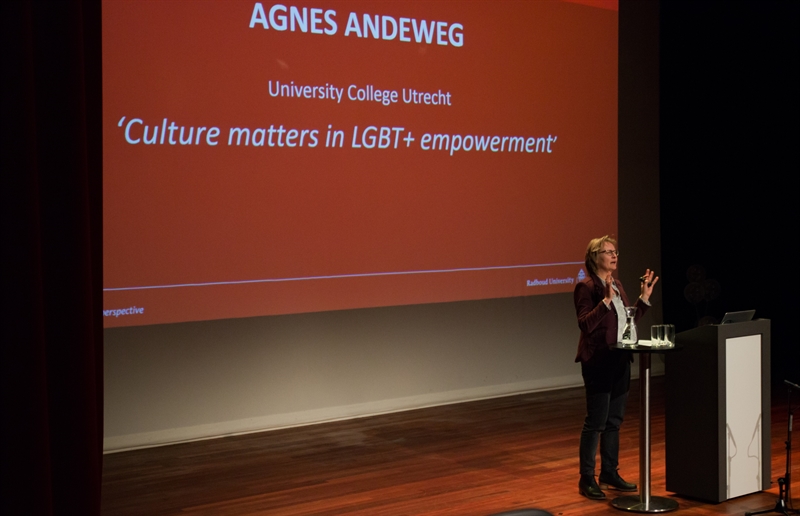 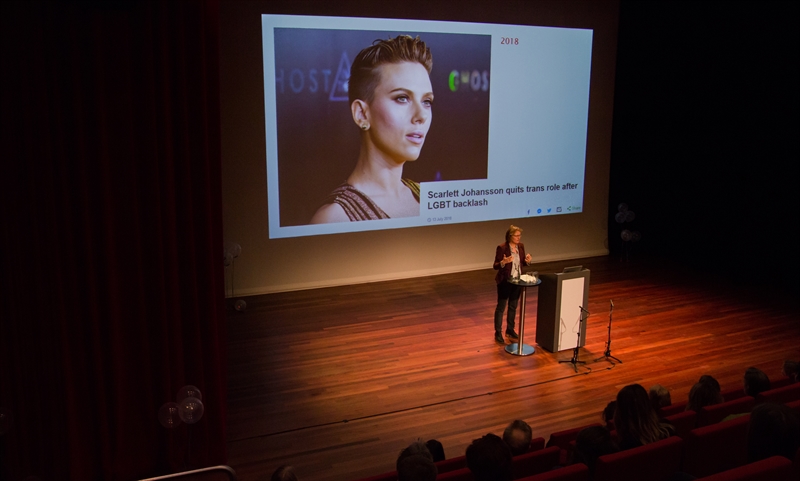 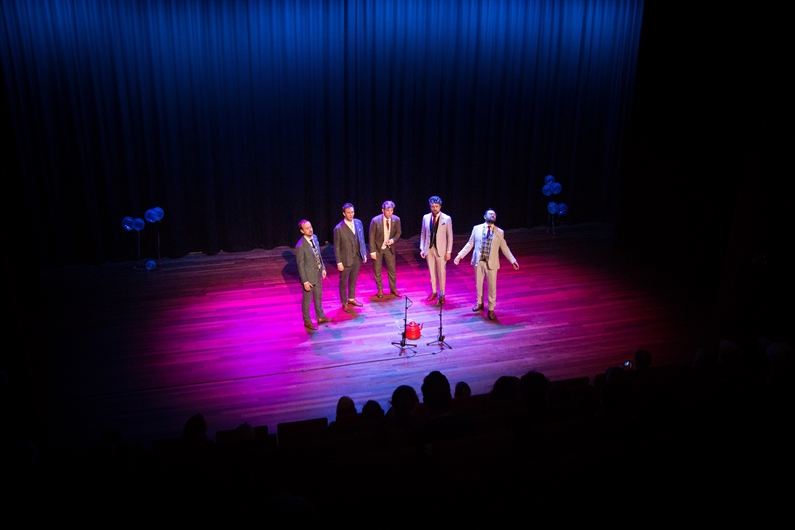 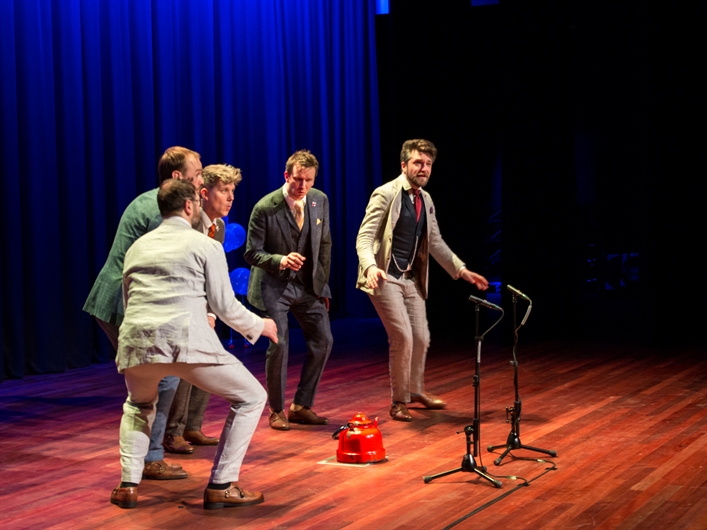