On Thursday, March 26th 2015, the Halkes network organized a seminar on ‘Being a change agent in academia: experiences with gender equality measures from a management perspective’.

Our rector magnificus, Prof. Dr. Theo Engelen, opened the lecture with a short introduction on the strategic plan and the policies related to gender equality at the Radboud University. He stated that diversity had always been an ongoing challenge and the Radboud campus was already very diverse. However, preventing gender bias is still an issue that requires attention.

The keynote speaker, Prof. Dr. Paul Walton from York University, United Kingdom, who is a strong advocate of gender equality in academia and an Athena Swann gold winner, shared his experiences on this issue through a lively and inspiring lecture. He first highlighted that involvement of men is very important in this problem, this involved a society problem rather than a ‘women’s problem’. Furthermore, not many people are committed to gender equality, which makes it difficult to make changes like in York. Fair-minded and committed people, with knowledge of recent literature, must be on top of key committees. Dr. Walton named several ways in which university policy can contribute to gender equality in science. Also culture and implicit and explicit biases have a major role in gender bias. Prof. Walton also gave several examples of how flexible working practices could be governed in a way that would not harm career progress. All these suggestions were based on valuable evidence. After this interesting talk by Prof. Walton the audience had the opportunity to ask questions. 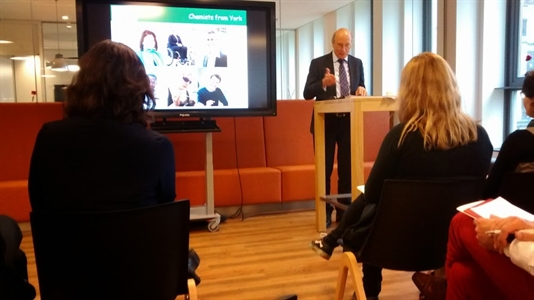 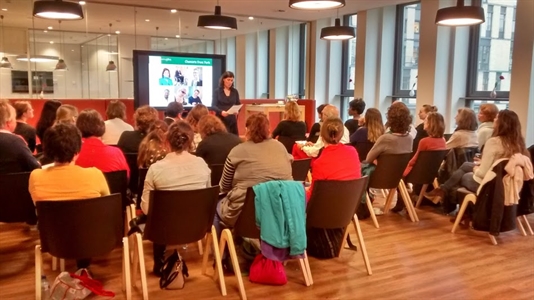 Introduction of the keynote speaker by Dr. I.L. Bleijenbergh 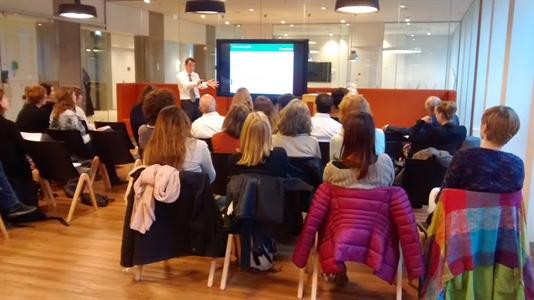