Suriname has a tropical climate. Its landscape is dominated by rainforest and savannas intersected by a wide network of rivers and creeks that formed a key infrastructure for transportation of people and goods. It was inhabited by indigenous groups since c. 3000 BC, mostly Arawaks and Caribs. In the 16th century Europeans explored the coast. In the mid-17th century, English and Dutch settlements developed. When the Dutch took control of the area in 1657, the colony counted around 4,000 free and enslaved people, concentrated on about 178 (mostly sugar) plantations that were located on the higher grounds inland, behind the coastal swamps. Planters had full jurisdiction over the enslaved in their possession. These settlers consisted of a mix of Europeans, not only Dutch; there was also a sizeable Jewish community among the plantation owners, who had their own community based on the Jewish village of Jodensavanne. The economy of Suriname was fully geared towards the export of colonial products (sugar, coffee, cocoa, cotton, tobacco, wood) to Europe. The Sociëteit van Suriname, a cooperation between the Dutch West Indies Company (WIC), the city of Amsterdam and the Sommelsdijck family, administered the colony, under jurisdiction of the Dutch Republic. The local authority was delegated to a Governor, who ruled in conjunction with a Court of Polity (‘Raad van Politie’) which was composed of the most influential plantation owners. 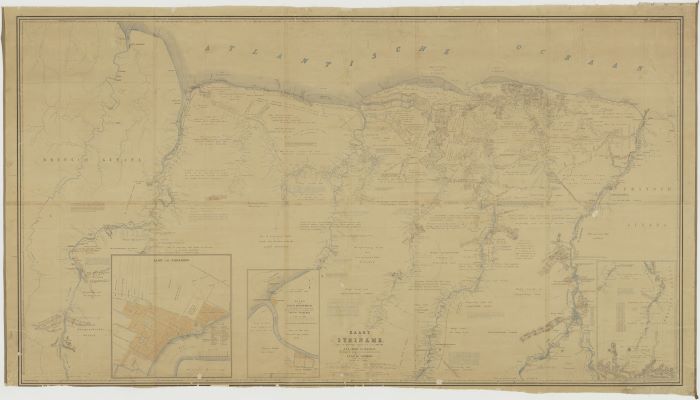 From the mid-18th century, the colony experienced an economic high tide, in part driven by a flow of investment capital from the Dutch Republic, followed by financial and agricultural crises in the 1770s. During this period, the hostilities had intensified between the colonial government and the various Maroon communities. Around five to six thousand escapees from slavery and their descendants had successfully created settlements in the inhospitable tropical forest and regularly attacked plantations for provisions and to recruit (or abduct) people in slavery. A series of peace treaties with the colonial administration granted sovereignty to most Maroon communities, on the condition that future escapees would be returned to the colony. During the Napoleonic wars, the colony briefly came under British rule, but in 1816 it reverted to the Dutch.

Under the British, the trans-Atlantic slave trade was abolished in 1808. This ban was ratified by the Dutch in 1814 and created an increasing shortage of slave labor in the colony. To countenance illegal import of enslaved people, the colonial government introduced an mandatory registration of people in slavery, by Royal Decree in 1826. According to this decree, slave owners were required to report the people in their possession to a designated civil servant. After that, every ‘mutation’ had to be reported to this civil servant, such as births, deaths, purchases and sales. By registering people and their transfers, a closed registration was created that made it almost impossible to smuggle groups of people illegally into Surinam and include them in the slave registers. The registration in the slave registers was maintained until the abolition of slavery in Surinam on 1 July 1863. Free persons were also systematically registered by the government. Since 1828, birth, marriage and death was to be declared to the registrar and recorded in a written certificate.

During the final half-century of plantation slavery, the colony was economically unstable. The shortage of (forced) labor, the lack of capital investment and of agro-technological innovation (in combination with soil depletion) led to a decline in the number of plantations, of the acreage of cultivated land, and of the export of colonial products. The decades before abolition saw a growing number of manumissions: often instigated by (former) owners that released their (sexual) partners from slavery and/or the children that sprung from those relations. This could lead to chain manumissions, where free persons of color manumitted family members or loved ones. Manumission was expensive and could only take place with government permission. During the 18th century, a community of free persons of color emerged in capital city Paramaribo.

After the emancipation on July 1, 1863, the Dutch government indemnified the former owners of people in slavery with 300 guilders per enslaved person; the emancipated themselves did not receive compensation; they were forced to continue working on the plantations for ten more years under so-called ‘State supervision’.  After 1873, many ‘creoles’ as the former enslaved were called, abandoned the plantation work and established themselves as small farmers, sometimes on the grounds of former plantations. Only after the turn of the century, the migration to Paramaribo increased significantly, in part caused by agricultural crises. The extraction of gold and balata (a rubber-like product) became an important livelihood provider.

The colony’s administration attempted to solve the labor shortages on the plantations by recruiting indentured laborers from Asia. The first indentured laborers were some Portuguese workers from Madeira who first arrived in 1853, followed by Chinese laborers from 1858 onwards. These were limited groups: 500 Portuguese and 2,500 Chinese in all. In 1873 the first ship with laborers from India arrived in Paramaribo. In the period until 1916, over 34,000 people were shipped from India to Suriname. About a third would return after the contract period. Since 1890, laborers were also recruited from the Dutch East Indies (now Indonesia). Until the outbreak of World War II, almost 33,000 people, mostly from the island of Java, migrated to Suriname, roughly a quarter of them returned. Conditions for these indentured laborers often were dismal, and several revolts were quelled by the armed forces. With the decline of the plantation economy (from 245 plantations in 1860 to only 42 in 1937), many Asian immigrants and their descendants became smallholders. 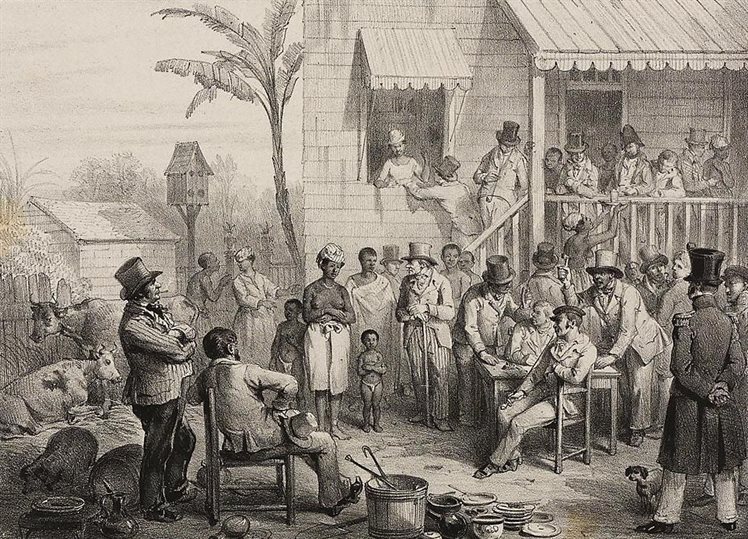 Stipriaan, A.A. van (2006). Slavery in the Dutch Caribbean: The books no one has read. In J. de Baros, A. Diptee & D.V. Trotman (Eds.), Beyond fragmentation: Perspectives on Caribbean history (pp. 69-92). Princeton: Markus Wiener