Experimental physicist prof. dr. Nigel Hussey has received a prestigious € 2.5 million grant from the European Research Council (ERC) to study the flow of charge in exotic metals and superconductors under extreme conditions. Ultimate goal: to understand superconductivity and create a pathway towards room temperature. This would be an enormous breakthrough, as physicists have been puzzling on this for over 30 years. Hussey himself has set been working on the puzzle for 25 years, ever since his PhD in England.

Hussey: ‘This is very challenging. We want to understand how superconductivity works, but nature keeps playing games with us. In order to understand a superconductor, you also need to destroy it and here at HFML we use extreme conditions to study the behavior of electrons in the metallic state. Although there are many new interesting sub-fields emerging, understanding high temperature superconductivity is still the big quest in solid state physics. Ever since its discovery, at least 16 Nobel Prize winners have published papers on the subject, possibly more than on any other sub-field of physics.’ 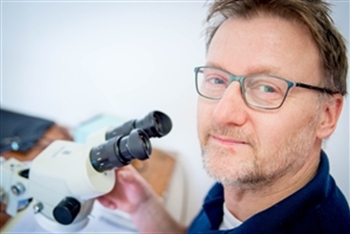 What we know about superconductivity until now
In ordinary metals, the electrons that give rise to the electrical current can travel hundreds or thousands of periods of the crystalline lattice before being scattered. This scattering, however small, causes resistance in a metal. In exotic metals, however, the scattering process is so intense that electrons can barely travel across a single unit cell before the scattering starts. Remarkably, when these metals are cooled, they become superconducting (i.e. the resistance vanishes) at temperatures far higher than ordinary metals do.

Hussey’s plan
Hussey is interested in how a good metal becomes bad and ‘breaks down’ all of a sudden. He will use his ERC funding to test his idea that while high temperature superconductivity is initially borne out of the interaction that causes the electrons to pair up in the superconducting state, it is ultimately destroyed by it, since the scattering becomes so strong that the electronic states required to form the superconductor are themselves destroyed.

‘With this grant I have the unique opportunity to set up my own research group dedicated to this task. By exposing exotic metals to extreme conditions like the high magnetic fields at HFML, the intense radiation of the free-electron lasers at the FELIX Laboratory, high pressures and low temperatures (almost -273 °Celsius) I hope to find out what exactly happens.’

On the edge
‘The scientists that judged my proposal called it controversial, highly ambitious and on the edge. It’s high risk, high gain. But even if my idea is proven wrong, we will nonetheless be one step closer to identifying the physics behind strange metal behavior. It will be an important key step in the development of a coherent theory for high temperature superconductivity, which in turn may provide key guiding principles in our quest for materials with ever higher transition temperatures.’