A research project to look directly back to almost the big bang has received a 1.1 million euros grant from the Dutch Research Agenda (NWA). The project is executed by a broad coalition of institutions and public stakeholders, including Radboud University; Uli Zeitler (HFML) and Nicolo de Groot (High Energy Physics) will contribute with their expertise on particle detection and graphene.

The team wants to create an image of the universe when it was only a second old. To do so, they have to study so-called ‘relic neutrinos’ that came into existence in the very first second after the Big Bang.
Every second the earth is bombarded with an enormous number of neutrinos from the cosmos. These neutrinos were created in the primordial soup one second after the Big Bang, but they have never been observed. In the proposed research, the consortium will develop an experiment to observe these relic neutrinos by investigating the decay of heavy-hydrogen tritium, a new method to measure such low-energy particles.
The project is a real physical venture, without any doubt one of the highest risk enterprises within fundamental particle physics. But if the team succeeds, it will be ground breaking. 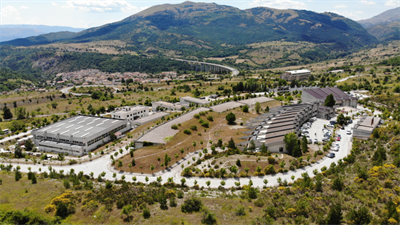 The Gran Sasso laboratory in Italy, one of the places where the search for relic neutrinos will be performed.

Nicolo de Groot (High Energy Physics, IMAPP) and Uli Zeitler (HFML) will work on the construction of devices for graphene-based particle detectors and they will measure the decay of radioactive tritium on graphene. The experience gained will then be upscaled to larger tritium-loaded graphene used as targets to determine the neutrino mass.
Uli Zeitler: “I am very pleased that this project has been awarded. Together with colleagues from High Energy Physics we will work on a technology that might form the basis of a major discovery in physics: the observation of the Cosmic Neutrino Background.”
The researchers at Radboud University will also develop teaching material for physics lab courses. Together with the the The Hague University of Applied Sciences (THUAS), they will set up a Graphene FET (field effect transistors) lab. The expertise of both parties will then be exploited to make a fully documented and operational course and to offer technical physics graduation projects that are ideal for students from the THUAS. 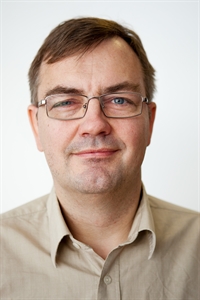 The project is financed in the programme of the Dutch Research Agenda Progamme: Research along Routes by Consortia (NWA-ORC). 21 consortia will work in teams doing interdisciplinary research that brings scientific and societal breakthroughs within reach. In all of the projects, the entire knowledge chain and both public and private societal parties work together closely.