The tests of Scintillating Surface Detector module 4180 was finished on Friday 25 October, thereby completing the production of 180 of such modules by the Nikhef and IMAPP group at Radboud University Nijmegen.

The Scintillating Surface Detector (SSD) is a central component of the AugerPrime upgrade of the Pierre Auger Observatory in Argentina, where some 1500 of such units will be deployed on the existing Water Cherenkov Detectors (WCD). This upgrade plays a crucial role in identifying the type of ultra-high-energy cosmic particles, the next step in uncovering the cosmic sources and acceleration mechanisms, as well as in understanding particle interactions at the highest energy known to man.

The IMAPP/Radboud University/Nikhef group plays an important role in this part of the upgrade, leading the mechanical design and by the producing nearly 15% of the total number of modules to be deployed. (Other production sites are in Aachen, Grenoble, Karlsruhe, Krakow and Lecce.) Already more than 500 of the SSD modules are installed in the Pierre Auger Observatory on the Pampa Amarilla. This last batch of SSD modules from the Netherlands will arrive in Argentina in early December to be installed soon after. It is shipped together with the last batch of frames for mounting them on the WCDs. These frames were designed by the Radboud University techno center and fully produced in Dutch industry.

The first signal analysis on the combination of SSD and WCD has also been performed in the Radboud University/Nikhef group, indicating that the response follows the expected pattern.

In addition to the SSD upgrade, The Netherlands plays the leading role in another important part of the upgrade that equips all WCDs with a radio detector unit, which will offer a third layer of independent measurements of the extensive air showers produced by ultra-high-energy cosmic rays. 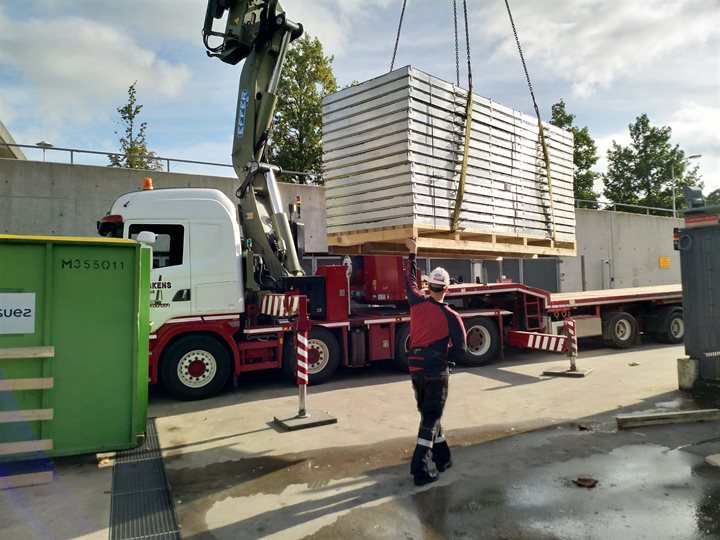