The Jury for the Hanneke Janssen Memorial Prize has reached a decision to award Jingyi Wu this year's prize.

The Jury received 3 nominations this year, all of which were very competent scholarly works on various topics in the history and philosophy of modern physics.
But it was our unanimous opinion that one submission was truly outstanding, and we have decided to award this year’s Hanneke Janssen Memorial Prize to Jingyi Wu for her paper “Explaining Universality; Infinite limits systems in the renormalization group method”, submitted as part of a portfolio for an MA degree at the University of California, Irvine.
This paper addresses a long-standing debate about the explanation of universality in the behavior of diverse physical systems near a critical phase transition. Roughly speaking, “universality” here refers to the empirical fact that systems as different as liquids and magnets show nearly identical behavior when they reach a critical phase transition. The currently best theoretical explanation of this fact is by the so-called renormalization group method, which involves the assumption of depicting such systems as having an infinite number of constituents. The long-standing debate in the philosophy of physics on this issue is about whether the use of such infinite systems is indispensable to the explanation of universality, or whether it is merely a convenient idealization that may be removed in a more realistic discussion of large but finite systems. Both sides of this debate have gained support by prominent philosophers in the past decades, but this has not led to any resolution.
In the judgment of the Jury, Jingyi Wu’s paper has made an excellent contribution to this debate. The submitted paper is very well-written and clear on the philosophical issues and the theoretical background while showing masterful proficiency in the technical details involved, which already make it an ideal exemplar of how philosophy of physics is done at its very best. But her paper has also moved this debate forward by very cleverly exploiting a specific criterium (called “the linearization* property”) that could do all the explanatory work needed for the explanation of universality in finite systems, and would make the infinite limit a dispensable idealization. Even more, the paper proves a theorem that derives this linearization* property from four jointly sufficient conditions extracted from specific examples of universal behavior near critical
phase transitions in the mathematical physics literature. And while this does not quite show that this property holds for all systems of interest, this result is still an
extraordinary feat for an MA student. Indeed, in the opinion of the Jury, it could well be the basis for a Ph.D Thesis that might resolve this debate conclusively. 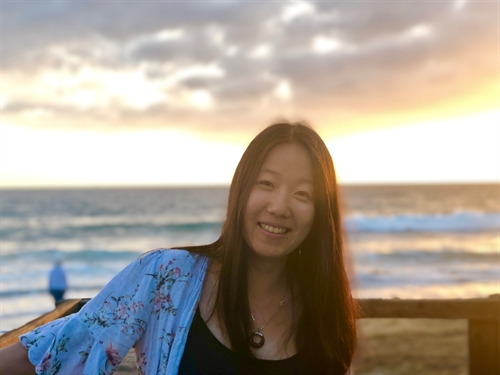