Of the four known fundamental interactions in nature, gravity is the one most directly accessible to our senses and also the first one to be described theoretically, by Newton's force law more than 300 years ago. This makes it all the more intriguing that today gravitation in many ways remains the least understood of the four forces. On the very largest, cosmological scales, applying the standard laws of classical gravity leads to enormous puzzles, including the unknown nature of dark energy and dark matter. On the very smallest scales, we are still searching for the fundamental quantum laws underlying and explaining Einstein's classical theory of general relativity from first principles. At intermediate length scales, observations of gravitational waves from black holes and neutron stars have opened a new window into our universe. These observations now allow us to test predictions of General Relativity with unprecedented accuracy. Our lively group at HEP@IMAPP pursues gravity research on all of these scales and can be roughly divided into Quantum Gravity (QG) and Strong Gravity (SG) activities. The current staff members of the group are:

Quantum Gravity
Research in Quantum Gravity@Radboud addresses some of the big, open questions of fundamental physics: How can we unify quantum theory and general relativity to obtain a theory of quantum gravity? What is the quantum microstructure of spacetime at the Planck scale, and can it help us understand phenomena like dark energy and dark matter? What are the most effective computational tools to connect the quantum physics of the ultra-small with the physics of the large-scale universe? 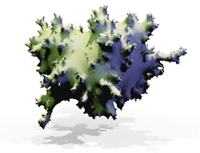 Simulation of a two-dimensional quantum universe.               Renormalization group flow in the presence
of a UV fixed point in quantum gravity.

Our group has a unique profile in terms of using a powerful array of nonperturbative methods, anchored in the principles of quantum field theory, to directly explore physics and spacetime at the Planck scale. Combining expertise on Causal Dynamical Triangulations, Asymptotic Safety and statistical models of quantum gravity, our theoretical and computational grasp of quantum gravity is sufficiently complete to quantify the dynamics of spacetime in a Planckian regime. This has already yielded remarkable and unexpected results, including the emergence of a de Sitter universe from pure “quantum foam”, the apparently universal property of dynamical dimensional reduction of spacetime at short distances, and strong evidence that gravity remains well-defined and finite even at the highest energies.

Strong Gravity
Research in Strong Gravity@Radboud covers a broad range of topics from theoretical calculations in General Relativity and numerical simulations of binary black hole mergers, to the analysis of observational data from gravitational wave detectors. Some questions of interest to us are: How can we confirm that the black holes discovered by the LIGO and Virgo detectors are really black holes as predicted by General Relativity? Are any alternatives viable? What is the geometry of merging black hole horizons? How different are tidal deformations of black holes from neutron stars, and how can we use these differences to interpret gravitational wave data? Can we use tidal deformations to probe the equation of state of matter under extreme conditions? How can we model the gravitational wave signals from merging compact objects with comparable or extreme mass ratios? What is the influence of our expanding universe on gravitational waves? And is this observable? 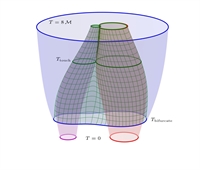 Our group uses a variety of analytical, numerical and statistical techniques to address these questions. Important recent discoveries by group members include: a new class of tidal resonances in binaries with extreme mass-ratios, a new framework to study gravitational waves in cosmological spacetimes, novel topological and physical properties of merging black hole horizons, the nature of the remnant black hole in events seen by the LIGO/Virgo detectors, the strongest observational constraints to-date on gravitational wave emission from the neutron star in the X-ray binary Scorpius X-1, and constraints on the equation-of-state of matter at extreme conditions obtained from multi-messenger observations of a binary neutron star merger.