Nijmegen, Monday June 28- Thurday July 1, 2010. For most of the lectures there is a video available. 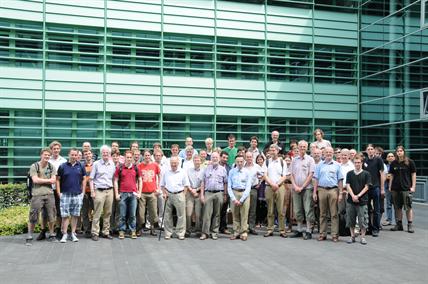 The Fellowship of Geometry and Quantum Theory (GQT) is a joint mathematics research group between the Universities of Amsterdam, Utrecht and Nijmegen.
The focus of its research is the interdisciplinary domain of  (algebraic, differential, noncommutative and symplectic) geometry and mathematical physics (string theory, integrable systems and standard model). The GQT Fellowship has been sponsored by NWO for a period of four years, and the GQT conference is one of the highlights of the scientific activities. The GQT conference is cosponsored by the Foundation Compositio Mathematica. The GQT conference will be held from Monday until Thursday at the Radboud University of Nijmegen, and is supplemented by the Compositio Prize Festivity on Friday at the University of Amsterdam.

On March 19 of this year our fellow GQT member and intended speaker for the GQT conference Hans Duistermaat passed away. Last year Hans was diagnozed with non-Hodgkin disease. After a spleen operation last summer he recovered well, and was active as before. In the beginning of March his disease unexpectedly turned into a much more aggressive form. Complications after a first chemo treatment caused by a pneumonia took his life. He leaves behind his wife Saskia, his daughters Kim and Maaike, and his granddaughter Lykke. The Dutch mathematical community lost an outstanding mathematician, an inspiring teacher and a beloved colleague. 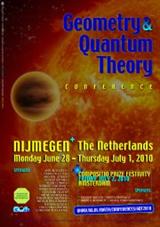