NSM Focus Opinion | Henk van Houtum: “The EU is undermining its own rule of law with its border policy”

The reception of refugees from Ukraine has stirred up a lot of discussion. Are they more warmly welcomed than previous groups of refugees? Henk van Houtum, professor of Political Geography and Geopolitics, observes similarities and differences, but above all an immoral border policy. 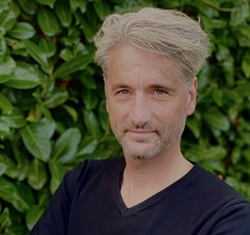 of Van Houtum’s research. It is therefore logical that he is closely following the reception of refugees from Ukraine. He sees several parallels with the arrival of previous groups of refugees, such as people from Syria, Afghanistan, and Iraq since 2015. “They also fled from war, and they were also extended a warm welcome.”

But after the warm welcome, there was a change. “It is difficult to define the precise tipping point. The fact is that the reception was organised badly: refugees were put in large, overcrowded refugee centres and tented camps. The Human Rights Board later found that in many places these were harmful to health and safety. This camp policy of inhumane isolation and concentration fed the sentiment that refugees were inferior and unwanted. Gradually, there were also protests: people did not want a centre like that in their neighbourhood. They thought that too many refugees were arriving and associated migration with crime. Now we have a policy that is decidedly anti-migration, with normalised statements like ‘we have to keep them out’ and ‘shelter them in their own region’.”

The term “own region” is incidentally completely arbitrary, says Van Houtum. “Is that based on distance, culture, involvement in a conflict? Nobody knows and it has not been established anywhere. Even more so, it is a universal right that you can seek refuge anywhere and come from anywhere. ‘Own region’ is therefore a veiled phrase to say that refugees should stay away.”

In addition to the parallels, Van Houtum also sees important differences. People from Ukraine do not arrive in overcrowded dinghies and do not end up in centres for asylum seekers. They are free to travel to the EU without a visa. “This creates different ideas and a different language: the dominant framing about refugees from Ukraine is in terms of ‘neighbours’, who we help out of ‘mercy’ against a ‘common enemy’.”

However, who may or may not travel to the EU without a visa is a moral choice, says Van Houtum. “Mainly poor countries and Muslim countries require visas. Two-thirds of the world are in the negative column that the EU itself created. The countries in the positive column are often rich and are part of what is depicted as the ‘West’. This is how a global mobility inequality is created, for refugees as well. People are discriminated against on the basis of where they were born, and this is therefore described in the critical academic debate as global apartheid.”

As an academic, Van Houtum does not limit himself to critical observation and conclusion but wants to also think about alternatives. “My colleague, Rodrigo Bueno Lacy of the Nijmegen Centre for Border Research, and I recently described this as: normalisation, equalisation and legalisation. Normalisation means accepting migration as part of our global society. It also means a radical change in our current war language (with words such as ‘invasion’), water language (words such as ‘streams’, ‘damming’, etc.), and visual language (such as big red arrows to the EU on migration maps). Legalisation means providing legal channels for migration. Equalisation means if you take the equality of all humans seriously, then act on it as well. Challenge the current discriminatory visa policy and reach global agreements that do justice to the principle of equality.”

The basic tenet should be a morally just and equal policy according to Van Houtum. “The current policy is evidently counterproductive and morally abject. The EU makes a moral distinction between people, and this leads to fatalities at the border. Three-quarters of all fatalities at borders globally are at the outer border of the EU. That makes it the deadliest border on earth. The EU claims to stand for human rights, solidarity, and equality, but in practice does exactly the opposite. That is how the EU is eroding its own rule of law.”