'If you want to end corruption, start with your own feeling of superiority'

If the world is a house, corruption is seeping in through all the cracks. Because despite the West's tendency to point the finger at the East when it comes to corruption, corruption, happens everywhere. For example, in the context of the World Cup, a lot of criticism has recently been aimed at Qatar. But if we want to end corruption, we must first overcome our feeling of superiority. This was the discovery of Business Administration expert Stefan Schembera in a study that was published in Organization Science and mentioned in the US business magazine Forbes.

Schembera did research on Siemens, where a major corruption scandal erupted in 2006. It turned out that since the 1990s already, the technology company had been gaining market share by relying on a worldwide corrupt system. The company had managed for decades to conceal its bribing practices. In the end, Siemens was issued a huge fine, and the company went through a substantial reorganisation in an effort to ban corruption. 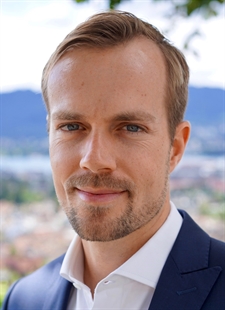 Compliance and achievement in fighting corruption
“Strictly focusing on establishing anti-corruption policies, and then enforcing compliance of your practices with those policies can lead to a lot of problems in a complex business environment,” explains the Business Administration expert. “It's hard to find a set of universal policies or rules that work for every actor. You're dealing with different cultures, and diverse norms and values. Some Western companies want to closely link all their practices to an overarching policy. But in other parts of the world, people have different ideas and understandings about how to govern corruption. For example, in some countries, corruption is approached together with other problems such as poverty and hunger, and the focus is more on – often implicit – duties to the collective rather than on individual rights and explicit policies. There are simply many different ways to counter corruption. This is why it is important to look at the underlying processes of how to create a joint agreement on solutions against corruption.”

Many Western actors seem to think that as long as a company operates in line with an anti-corruption policy, the problem is solved. But that is clearly not the case: “Actors who are guilty of corruption will keep finding new ways of circumventing the rules. This is how corruption continues. Actors in the East see this too: your practices can comply with a policy, but corruption will remain. They suggest a different approach, which involves placing the achievement of anti-corruption objectives in the foreground.”

“Corruption is everywhere”
Because the East is just as eager to end corruption, says Schembera, who has spoken to many actors in that part of the world. He feels that many people there are not at all supportive of corruption: “In the West, corruption is much more subtle, manifesting as lobbying, or financing of specific political parties. While certain forms of corruption, such as bribery, are illegal in every country, in all parts of the world there are still actors who don’t support the fight against corruption.” Combatting corruption hence requires a gradual approach, with small steps.

You can look at these steps as mechanisms. First of all, it is important to level: to put our feeling of superiority aside and learn to interact on a par with each other. “We have to recognise that this is a worldwide problem, and not see the West as morally superior, and the East as ‘greedy’. This allows us to recalibrate: to be willing to revise our own positions, and to jointly negotiate and experiment to find workable solutions.”

Remain sharp
Once you reach an agreement on how to proceed, it is important to remain sharp, says the researcher, because ‘public criticizing’ is an important mechanism to sustain a dynamic understanding of governing corruption. After all, aren't states pretending that all is well, while injustice is taking place behind closed doors? “You need public attention to combat corruption. Major corruption scandals like that at Siemens shake things up again. All the corruption commotion around football, now in Qatar, is leading to irregularities being exposed. It is good to make your voice heard, and speak out about something. But if you want change things, it is especially important to keep looking at your own shortcomings, now and in the past.”

Stefan Schembera wrote the article for Organization Science in collaboration with Patrick Haack (University of Lausanne) and Andreas Georg Scherer (University of Zurich).