NSM Focus | Andrea Herrmann: ‘In the future, we could all be giggers’

Andrea Herrmann, Professor of Sustainable Innovation and Entrepreneurship at the Business Administration, investigates the so-called gig economy. Earlier this year she received a Consolidator Grant of two million euros from the European Research Council (ERC).

What exactly is the gig economy? 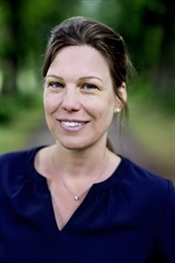 “The gig or platform economy refers to a type of economy where single-time jobs (gigs) are transacted through online platforms. Examples are delivering a pizza, driving someone around in an Uber, or designing a website. There is a difference between onsite and online gigs. Onsite gigs are done at the place of the requester, like cleaning the house. Online gigs are done at a computer, like programming or translating, which makes the online gig economy the first truly global labour market.

Figures from 2017 show that 5 percent of the workforce in Western countries regularly made at least part of their income from gigs. By 2021, more than 10 percent had already made money through gig platforms, and over the pandemic, the online gig economy has roughly doubled in numbers.”

What are the advantages, both for the gig requester and the gig worker?

“For requesters, gigs are cheap, flexible and fast. The quality of work is usually high because gig workers are evaluated through a star and review system. For workers, the main advantage is that they make money. Gigs can also be a way of gaining skills. For example, taxi platforms in Africa train gig workers to run a more professional business.”

“There are hardly any drawbacks for the requester. One disadvantage for workers is that the gig market is extremely competitive. That often leads workers to lower their prices. They are also largely dependent on reviews. When building up a profile, they often accept work for very little money.”

How does gig work affect society?

“Gig workers are often not well insured, simply because they do not earn enough to cover their social expenses. If for one reason or another they cannot work, it depends on the country they live in what happens to them. Either they end up on the street or, in a country like the Netherlands, the taxpayer indirectly pays for their social security.

Another effect is unfair competition. If you look at the taxi business, traditional companies have to insure their employees, and taxi drivers pay social security contributions. Companies like Uber do not do this. They can therefore operate much cheaper and push traditional companies out of business. A final effect concerns taxation. Many gig platforms make lots of money, but can relocate to places where they pay little taxes. Also, gig workers may not declare their income.”

Do you think the gig economy is in need of regulation?

“Definitely. The European Commission has already issued a draft directive that proposes that under certain conditions, gig platforms are considered to be employers and have to treat their workers as if they were employees. These conditions are for example that the platform can determine at what time the worker has to do a job, what outfit he has to wear, or how much money he can ask.

But this draft directive is restricted to the EU and will likely only affect onsite workers. To improve the position of online workers, you could try to regulate platforms at a global level. But, if this succeeds at all, it will only happen at minimum labour standards. An alternative is that policymakers help gig workers to specialise. If you have skills that are requested but rather rare, you can ask higher prices and become better protected against the fierce price competition. In my ERC project I want to find out if this approach works.”

“Gig markets are still not very visible to the public. But they are growing rapidly and are one of the markets where our children will find work. There is a danger that if the gig economy keeps growing and traditional labour markets keep shrinking, there will be fewer and fewer well-secured jobs in the future. At an extreme, we will then all be giggers. Therefore we need to make sure that gig work will also be well-protected.”