NSM Focus | Does the free market encourage lying and cheating?

You can’t make an omelette without breaking eggs. And wherever there’s business, you’ll find morally reprehensible behaviour. Economist and PhD candidate Annemiek Schilpzand is trying to unravel the relationship between the market and morality.

Seven hundred and seventy-five million euros – that’s the astronomical sum that ING was fined for the money laundering that passed through the bank’s accounts between 2010 and 2016. The court’s verdict: ING had failed to check up on suspicious clients and money flows. This was an enormous blow not only to the bank’s finances, but also to its image, and this at a time when the fallout from the global financial crisis, which lasted from 2007 to 2011, was still being felt. 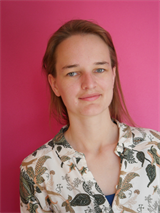 “In the debate about the free market, it’s hardly surprising that people home in on the immorality of the financial sector. Throughout the world, wherever the market plays a key role, we find improper conduct. But this doesn’t mean, by definition, that the free market encourages us to lie and cheat.” These are words of Annemiek Schilpzand, a PhD candidate at the Institute for Management Research (IMR) at Radboud University, who is investigating the relationship between morality and the free market. And because she is an economist, she wants to empirically demonstrate this supposed causal link – “economists always need to see the figures.” That’s no easy task; after all, how can you measure virtue?

“Fortunately, there are major surveys available that have been administered to all manner of people across the globe. From this enormous volume of data, I’m able to collect answers to questions like: ‘How serious is it if people ride free on public transport, or try to evade tax?’ This gives us an initial impression of how much importance people attach to moral behaviour. From another large-scale survey, I also use parents’ answers to the question: What qualities do you think are important for your child? Qualities like obedience, ambition, determination and creativity. Thanks to these vast surveys, I can compare the opinions of people from over one hundred countries.”

The virtues identified differ across countries or cultures. In a society with high social mobility, ambition and independence are valued more highly than in a hierarchical society, where obedience, for example, is more important: “The context in which people find themselves and operate affects their moral convictions and behaviour. And personal characteristics such as age and gender also play a role.”

After conducting a statistical analysis, Schilpzand has been able to reduce her ‘virtue data’ to two archetypes: traditional and modern. “The first includes virtues such as obedience, altruism and good manners. You mainly encounter this type in poorer countries. You also see altruism in the modern archetype, but in conjunction with more ‘Western’ virtues such as determination, responsibility and imagination.”

With the two archetypes identified, the big question presents itself once again: Is there an empirical link between market and morality? “To find out, I’m looking at the market ratio in different regions. I can’t do that worldwide, but for European countries we know that ratio for each region.” If the market ratio is high, this means that lots of people are employed or looking for work in that region. The market – the organised, competitive, often anonymous exchange between multiple buyers and sellers – occupies an important position. In areas with a low market ratio, the exchange of goods and services doesn’t operate via the market, but via family relationships, for example, and for the most part it isn’t anonymous.

“By superimposing the archetypes and market ratio for each region, I am now trying to find out whether there is a pattern. Do people in regions with a low market ratio have a greater tendency towards civil obedience (display more civic virtues) than people in free-market societies? Are ‘free-market people’ more inclined to attach importance to the virtues of the modern archetype, such as ambition, responsibility and goal orientation?”

Schilpzand’s study is entitled The good market, how it does and doesn’t work. It is part of the larger multidisciplinary study What good markets are good for, which is a critical analysis of one of the most influential assumptions of our times, that markets and virtuousness don’t go together. Schilpzand: “People are supposedly driven by self-interest and not hampered by social and moral principles. This is said to explain the success of the Western free-market economy. Our research starts with the opposite hypothesis: societies with a free-market economy flourish because the key market players – states, companies and individuals – respect morality and righteous action.”

With this question in mind, the research data reveals something interesting, Schilpzand concludes. “Before the financial crisis, individuals in regions with a higher market ratio were more inclined to thank that acting morally was important than after the crisis. I can’t quite put my finger on it, but it seems that the economic malaise has had a negative impact on their moral convictions.”/JvdB