NSM Focus | Why the best candidate is often a man

Excellent scientists who have had a lot of experience working abroad: this describes the ideal new colleague in the academic world. But young scientists rarely meet these criteria since they have just embarked on their careers. PhD candidate Channah Herschberg examined the recruitment and selection of young talent and the (in)equality between male and female candidates. 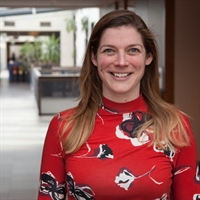 Channah Herschberg studied Labour and Organisation Psychology (VU) and Human Resource Management (King’s College London). After graduating, she worked at the VU on a study on the role of gender in the careers of men and women who had applied for a prestigious grant from the European Research Council. The incentive for this study was that women are awarded the grant less frequently than men. Herschberg, who had become fascinated by the theme of gender and addicted to doing scientific research, decided that she wanted to do her PhD. And it was almost too good to be true when, shortly after, the Nijmegen School of Management advertised a vacancy for a PhD position in the Garcia project. “It had my name written all over it”, she laughed.

The European Garcia project (2014-2017) addressed gender (in)equality in the academic world. Under the supervision of Radboud professors Yvonne Benschop (Business Administration - Organisational Behaviour) and Marieke van den Brink (Cultural Anthropology and Sociology – gender and diversity), Channah focused on that part of the project pertaining to the recruitment and selection of young scientists.

“Scientists who are just starting their careers are confronted with towering demands. Universities and research institutes are looking for outperformers with international experience. Selection committees attach great value to whether or not a candidate has worked at a renown foreign institute, has an interesting network, regularly attends congresses and has an impressive list of publications. But the question is what difference does it make if someone has done research abroad? What if, as a young researcher, you can’t spend a long period abroad because you lack the money, you need to be a caregiver at home or you have a handicap? Does that preclude your excellence?”

“Young scientists don’t have a long history of experience”, Channah continued. “They’ve done some teaching and perhaps published a couple of articles, but that’s about it. So what a selection committee does, is to estimate a candidate’s potential.”

Channah said that it’s often the established scientists who recruit and select their prospective junior colleagues. “Even if someone from HR is involved, their role is negligible. The researchers are the ones who decide. In addition, only a small amount of time is generally set aside for the procedure. Things often have to be done quickly; someone has to replace the lecturer who’s leaving, or a study has to begin because the subsidy has started.” All in all, a curious state of affairs, Channah thinks. “Recruitment and selection require expertise!”

Let’s take a look at the issue of gender. There are numerous female PhD candidates, but the number of women decreases with each step up the academic ladder. Why? Channah: “The women themselves are often seen as the problem, but wrongly so. That they want to work part time, want to start a family and can’t or don’t want to combine their role as a mother with an academic job. My research focuses on the role that recruitment and selection can have in the academy’s unequal playing field.”

However, it appeared that the process of selecting new scientists was nearly the same at both faculties. “It’s the established order who makes the choice, and that choice is often for a like-minded individual. Because of implicit preferences, women have less of a chance; there are usually more men in the higher echelons of the academic world.”

Channah collected some of her data as an observer during application interviews. “What I often saw, was that prior to, during or after an interview, one of the members of the selection committee was very enthusiastic about one candidate in particular and praised this person to the extent that the other candidates didn’t stand much of a chance.” She was fascinated by the assumptions that were sometimes held by the committee members. “For example, someone would say ‘That person certainly isn’t planning to move here for this job’ without that even having been discussed during the interview.”

What really shocked Channah was that, in several of the committees, something that a female candidate had said – for example, about a grant application or the reason for applying for the position – was later called into question or even considered untrue. “But don’t assume that this is a Dutch trait. As we saw in the Garcia project, these subjective and discriminating patterns can also be found in progressive and gender-neutral Iceland.”

And then this: Job vacancies often say, ‘in case of equal suitability, preference will be given to a woman’. But on several occasions Channah saw something else. “For example, the committee found three candidates equally suitable and thought it wouldn’t make any difference who got the position. And then an entire discussion follows about criteria that don’t actually matter – and as a result, the female candidates more often still draw the shortest straw. Out loud they say, ‘we want more women’, but in practice the ‘best candidate’ is often still a man.”

What can universities do to facilitate diversity and offer young scientists – both men and women – a fair chance? “Selection committees would benefit from calling in the help of an HR official. And by deciding in advance on which criteria they think are actually important and why. Why do you want someone who has worked abroad for two years? Can the job also be done by someone without any international experience? Can you really only succeed if you work for 80 hours a week – often the implicit expectation? Draw up a list of minimum requirements rather than requiring everything you can think of. And be aware of unintentional mechanisms of excluding candidates. Discuss this with one another if you notice these mechanisms at work during a selection process.”/JvdB