NSM Focus | Alumnus in the picture: Hubert Bruls, Mayor of Nijmegen: ‘Don't turn in on yourself, hang in there’

As teaching or research were not in his career plans, he decided in 1984 to regard history as his major hobby and study Political Science instead. ‘The more broad-based orientation on history as well as law and political philosophy that this programme offered was more my thing.’ Even though the coronavirus pandemic makes for hectic times, Mayor Hubert Bruls has found a moment to look back with us.

What did you think of your degree programme? 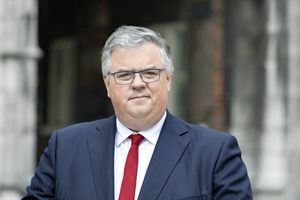 ‘’I very much enjoyed studying, and I really liked the typical political science atmosphere and its sense of humour: sharp, witty, but always full of respect and self-derision. And that feeling immediately came back to me during the programme's fiftieth anniversary last year, which was celebrated with alumni, former and current lecturers, and students. It was great fun.’’

Which lesson have you always remembered?
‘’Graham Lock, lecturer in Political Philosophy, told us during his first lecture: ‘One thing you will not learn here is how to become a politician.’ However, I did learn a lot from him in the field of political decision-making and power relationships. For example, I always try to consider both sides of an argument by weighing up the various perspectives and interests.’’

How did your career develop after you graduated?
‘’I was introduced to politics in 1986 when I joined the CDJA, the youth organisation of the Christian Democratic party CDA. After graduating, I started working as a regional manager for Abvakabo, a trade union representing public sector workers. In this job I visited a lot of municipalities and gradually learned how local government and politics work. I enjoyed this and wanted to develop further in this field. In 1998 I was elected council member in Nijmegen, and a year later I was appointed as alderman.’’

You held a seat in the Dutch House of Representatives from 2002 until 2005. Why did you return to local politics?
‘’My seat was not quite planned: I was ranked 41st on the CDA candidate list. However, the assassination of Pim Fortuyn nine days before the elections had a major effect on the results. Labour party PvdA, the conservative-liberal VVD and the social-liberal D66 suffered great losses, Fortuyn's newly founded LPF won 29 seats, and CDA became the biggest party with 43 seats. I spent three extraordinary years in Parliament, but then I felt I was not yet ready to say goodbye to local politics. I was very happy to be appointed as Mayor of Venlo in 2005 and of Nijmegen in 2012.’’ 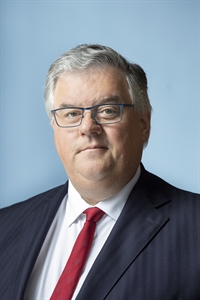 ‘’It's great! There is only one Mayor in each town or city, so if there is a problem they are the ones who get the call, even if it is late at night. It is not a nine-to-five job, and there is no colleague to take over your shift. There's never a dull moment. I enjoy this type of hectic environment – I tend to get restless when things are too quiet around me.’’

You are the Chair of the national Veiligheidsberaad [Security Regions Council] and are therefore playing a prominent role in dealing with the coronavirus pandemic. What is that like?
‘’As Chair, I have a say in the Dutch national government's coronavirus policy. In order to be able to take appropriate measures, we are working out scenarios that we can adapt to the changing situation and to new insights. For example, during the second wave it turned out that, even though the number of infections increased, fewer people had to be hospitalised and patients were able to go home more quickly. It would therefore not make a lot of sense to take the same measures that we implemented in the spring. However, we have also seen that not everything always works out as expected. In hindsight, for example, we should not have relaxed the measures as much as we did in June. I feel we have to be open about these things. It is a complex issue.’’

The coronavirus pandemic is seriously affecting a lot of students. What advice would you give them?
‘’Try to relax a little. Even though it is more difficult to meet up with people right now, you should try not to turn in on yourself. First-year students in particular are facing a difficult start, as they are often on their own. But they too should try to establish new contacts. Join an association or arrange to meet up with a fellow student to study together. We are not sure when exactly, but this situation will definitely end some day. Hang in there!’’