NSM Focus | Joris Knoben: "Gender diversity in the workplace has an impact, even in developing countries"

Gender diversity in the workplace is good for the innovative strength of a company. And innovation leads to sustainable growth. In any case, this logic applies in the West. But how does it work in developing countries?

A gender-diverse workforce can boost a company’s innovation capacity. Allowing both men and women to contribute, each from their own perspective and experience, leads to deeper insight. This is very valuable for the development of products and services, according to multiple studies into the innovative power of Western companies. Does the positive impact of gender diversity also apply in developing countries?

As part of a large international study into economic growth in developing countries, PhD candidate Daniela Ritter-Hayashi, together with her supervisors Joris Knoben and Patrick Vermeulen, analysed an enormous amount of survey data from 18,547 companies in 15 countries in Africa, the Middle East, and Southern Asia. They also visited a good number of those companies – with mixed expectations. 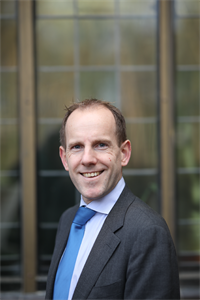 Knoben: “Of the companies in our survey, 91% of the owners and 85% of all employees are men. And none of the countries score well on the Gender Equality Index. Women are at a disadvantage in many areas: in legislation and regulations, in their access to education, and in the labour market. In some countries women are in such a terrible position that I could not imagine their contribution would make any difference there.”

This is why the outcome of their research came as a surprise: in all the investigated companies, gender diversity had a positive effect on the company’s innovation – and in turn, on its competitiveness and growth – regardless of the degree of gender equality in that country. “We looked at the impact of female employees, a female director, and female owners. The combination of a female CEO with a relatively large number of female employees is particularly good for a company's prosperity.”

An example of such a company is Palmy in Kenya, which produces hygiene products and is owned by Lucy Mwangi. In a video created for the research project, Mwangi explains that setting up her own company was no easy task. “A lot of people don’t want to be managed by a woman.” However it is precisely her ability to understand the problems of her female employees that allows her to find effective solutions. For instance, the women who work at Palmy can divide their work across two shifts, allowing them to go home in between shifts to care for their families. And for the mothers who don’t have a nanny for their children, Mwangi provides daycare at work. Knoben: "We have seen that women often deal with problems in a very creative way, and do not give up easily."

Rome wasn’t built in a day

“Even in countries that have little to no gender equality, it pays to have a gender-diverse workforce,” Knoben says, once again summarising the study’s unexpected outcome. “This is a very concrete recommendation for governments and companies to foster innovation and economic growth. Naturally they won’t all be swayed immediately, but once they see that their competitors are thriving as a result of hiring women, they are likely to reconsider. Another helpful aspect is that hiring women in these countries is cheaper than hiring men. That’s not fair, of course, but Rome wasn’t built in a day – progress takes time. There’s no shortage of motivation in women, in any case. They’re incredibly driven, and bursting with perseverance.”

Want to read more about the research by Joris Knoben, Daniela Ritter-Hayashi, and Patrick Vermeulen? PLOS-ONE recently published their article ‘Is this a man's world? The effect of gender diversity and gender equality on firm innovativeness’.

The Nijmegen School of Management conducts a great deal of research into gender issues. If this news item has sparked your interest, have a look at the below video on the Hot Spot Gender and Power in Politics and Management.