Since January 2015 the municipalities in the Netherlands have been responsible for all forms of youth care. And since then the motto has been: one family, one plan, one director. The practice, however, is unmanageable, says public administration expert Jan-Kees Helderman. Waiting lists are growing and budgets are being exceeded. “Everyone is craving for a calmer situation.”

The decentralisation of youth care is part of a broader transition in the social domain. Care provided on the basis of the Social Support Act (WMO) and the Participation Act have been decentralised to the municipalities. “The decentralisation of youth care is by far the most complex of these three,” says Jan-Kees Helderman, associate professor of Public Administration. “This has again subdivided the whole care industry.”

Prior to this decentralisation, youth care had been greatly fragmented. “It was thought that there were too many different care providers to a family. Thus the mantra became: one family, one plan, one director. A model was developed for basis-generalist youth care, specialised youth care that is given frequently and specialised youth care that is given at only a few locations in the Netherlands.” An example of this last is help for children with a very severe eating disorder.

Most municipalities have neighbourhood teams who are in contact not only with families but also with, for example, schools, GPs and community police. Helderman: "The idea behind this is that the care providers are closer to the individual and can thus provide better care, signal problems faster and devote more attention to prevention and support in upbringing.”

The above makes sense in theory but, as is so often the case, it is unmanageable in practice. “For years after decentralisation, youth care has become a panic dossier for municipalities,” Helderman says. “The waiting lists for specialised youth care are growing, budgets are being greatly exceeded, the number of children in closed institutions is increasing and specialised youth care is still too far removed from the individual. Moreover, community teams and municipalities differ greatly in their approach. Consequently, there’s a risk that the principle of equality, which formed the basis of decentralisation (equality has to be assessed per case because each individual has unique support needs that demand tailor-made work), will turn into situational arbitrariness.” 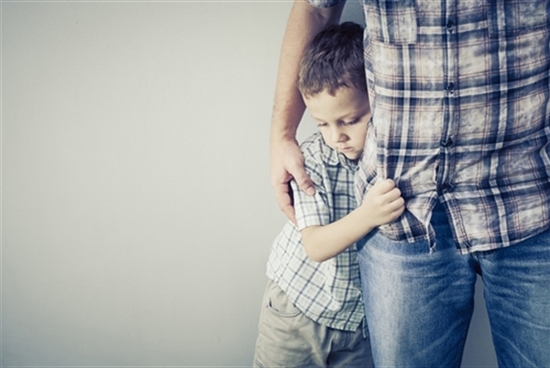 Helderman began his study of youth care in three community teams in Rotterdam. With visiting professor Charles Sabel of Columbia Law School in New York and Jonathan Zeitlin of the University of Amsterdam, he studied how families went through the care trajectory and which decisions were taken by the care providers. Helderman saw that registration was faulty. “In addition, community teams operated as islands. At that time there were 42 community teams in Rotterdam. There was hardly any connection among the teams nor between the teams and the municipality or the teams and the specialised care providers.”

The researchers immediately shared their findings and they continue to advise the municipality of Rotterdam. “We explain how important it is to learn from case histories,” says Helderman. “This is only possible if you monitor all of the processes, but not at a general level or with generalised data. You have to gain a deep insight into the development of concrete cases in order to learn from them. This is what we call diagnostic monitoring. We have made suggestions about how such monitoring can be implemented, and the municipality is now working on this.”

The findings in Rotterdam can also be important for other cities, which is why the researchers sought a way to put the results from Rotterdam into perspective. “We came into contact with the support team for specialised youth care of the Association of Netherlands Municipalities (VNG). That team supports not only municipalities but also care providers and clients. It quickly became apparent that the support team also recognised the importance of structurally learning from case studies. Last summer we organised a round table conference together at which the municipalities of Utrecht, Amsterdam, Rotterdam, Enschede and Tilburg were asked to share their practices. That was extremely instructive because municipalities heard from one another about how they had organised youth care.”

The conference will soon be followed up on. Helderman: "Last summer the support team for specialised youth care was asked to get the entire transformation procedure back on track. Its name is now Ondersteuningsteam Zorg voor de Jeugd (‘Support Team Care for Youth’) and it is to create a national infrastructure to develop an instructive youth system. To this end a 24-hour meeting on care for youth was organised in November, and on 18 December we are going to discuss community-oriented working with the support team and the association for community teams. As scientists, we function as a sort of sounding board. We offer suggestions and ideas to create a more informative system at the municipal, regional and national levels.”

As a researcher, Helderman is not only an observer. He also provides clarity and advises important parties. “That’s a very unique responsibility. Fortunately, public administration is interdisciplinary. Administrators are very good in speaking and understanding the languages of other disciplines and in making connections. We emphasise how important it is to gather, record and share information about youth care practices as strictly and systematically as possible. And equally important is to report the systematic mistakes that you inevitably encounter to those places where they can be solved.”

According to Helderman, understanding and clarifying processes helps to create a calm situation. “Everyone in the youth care sector is craving for this. These are well-trained professionals, so there’s no lack of individual expertise, engagement or effort because these people really work hard. But they miss the infrastructure needed to be able to meet one another and to be able to learn systematically from one another. Creating such a knowledge infrastructure requires patience. The support team has a task for three years, but it will probably take much longer. Social policy is actually a continual experiment. Confronted with large budget shortages, the individual parties have the tendency to reshuffle the whole system again. It too often happens that the baby is thrown out with the bathwater. Transformation is a bit of institutional gardening. You have to give yourself time to let your seeds grow so that you can eventually harvest. If you continually dig up the garden, nothing will grow.”