NSM Focus | How do we stimulate sustainable behaviour?

One woman is a professor and the other is a renewable energy consultant. Both are looking for ways to encourage sustainable behaviour in people. Financial incentives do not always work. But what will? How can science and practice reinforce each other? 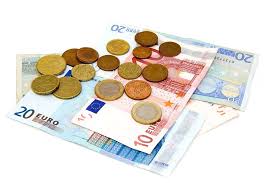 An increasing number of people are worrying about climate change, taking a positive attitude towards organic food, and getting excited about sustainable energy. But at the same time, we fly all around the world, we eat non-sustainable fish, and virtually no one uses green power. “This is what’s called an action-value gap”, says Esther-Mirjam Sent, Professor of Economic Theory and Policy. “Our actions do not align with our values. How we can close that gap? "Economists have long thought that financial incentives, such as grants or bonuses, could encourage sustainable behaviour. However, insights into economic behaviour are making it clear that this is not so simple.”

“I see that in practice as well”, says Meryl Burger. She studied International Economics and Business at the Nijmegen School of Management and currently works as a renewable energy consultant at the consultancy firm Econnetic. “I develop large projects in the fields of wind energy and solar energy. This requires a never-ending search of how to mobilise people and generate public support.” After all, different groups have different interests. “On the one hand, you have officials and politicians with their visions, dreams, and environmental regulations. On the other, you have people like entrepreneurs, who say: ‘My heart is in the green movement, but sustainable initiatives can’t cost me any money.’ I’m in the middle of that.”

Financial incentives would work if people were rational, calculating creatures. However, that is far from reality. Sent points out an example from the United Kingdom. “People there can receive a subsidy for insulating their roofs, but practically no one uses that option. The reason for this was that most people had messy attics. In order to insulate their attics, they had to clean up the mess first. The subsidy scheme worked much better once people were hired to clean those attics.”

“There is also the fact that many people don’t understand the financial picture”, says Burger. “For example, they don’t know the cost and yield of solar panels. In those cases, financial incentives do not always work. There may also be other obstacles, such as asbestos in your roof. And if an entrepreneur is very busy with their business operations, they don’t have any time to think about solar panels.”

Sent recently conducted an experiment in the cafeteria of the university to encourage people to eat more sustainably. “We labelled apples and croquettes as ‘normal’ or ‘organic’. Most people opted for the normal varieties. After that, we labelled the same products as ‘organic’ and ‘not organic’. People immediately began buying the organic apples, but strangely enough, the non-organic croquettes. It might be that people think, ‘If I am already eating something unhealthy, it does not have to be organic.’ However, it might also have something to do with the type of people that choose croquettes. This shows how complex human decisions are. People are not entirely rational, instead they are rational within limits.”

Scientists are attempting to research this limited rationality, so that those in the practical field can work on nudging people in the right direction. “What makes it difficult is that limited rationality is highly context specific”, says Sent. There are some general patterns, which is why we are impacted by social norms. “You can use that to your advantage. For example, footstep stickers to the staircase indicate that the norm is to take the stairs. And footstep stickers leading to the rubbish bin shows that the norm is to clean up your own mess.”

Another general pattern is that we are influenced by what others do. Sent: “If people receive a letter with a recommendation to consume less energy, they think, ‘Do that yourself.’ But if the letter states that their energy bill is ten percent higher than those of their neighbours, they are more inclined to consume less energy, especially if you add a sad face sticker to the letter.” However, it is also difficult to take general lessons away from the results. “People who receive a letter stating that they consume less energy than their neighbours may turn around and consume more. To make it even more complicated: in the US, it turned out that Democrats and Republicans responded differently to that letter.”

For Burger, it is important to know that financial incentives do not always work and that people may respond very differently. “We notice that it pays not to focus on the individual, but on the group instead.” Flevoland province wanted to replace the old wind turbines in Swifterbant with new ones. Furthermore, three existing wind associations - each with their own substantial differences - had to work together. “We brought the residents together and provided legal, fiscal, and organisational support. Collectivity and ownership turned out to be the driving forces for success. People were able to work together because they saw the advantages: they are partial owners of the turbines and reap the benefits directly.”

Sent and Burger are convinced that science and practice can learn a great deal from each other. Sent: “For instance, practice teaches me which issues exist and how individual behaviour functions in reality.” Burger: "We look to science for answers to questions like: How can gas be best substituted? Where can we build windmills? Do we need to install fields of solar panels or not? Due to the limited rationality of the individuals, policy-makers, and businesses, it is difficult to make the best possible decisions. Science, particularly behavioural economics, can help us with this.”